Josh is the owner of one of the worst streetwear brands CLSC. After he started out working for The Hundreds as a driver, he then worked in the warehouse and later did some sales for us. In the middle of all this, he somehow started his own brand and has since gone on to run his brand full time. He’s always been die hard The Hundreds since day one – and I love him for his dedication and devotion to our family. Keep an eye out for Josh and CLSC because they might just be your next favorite streetwear brand. 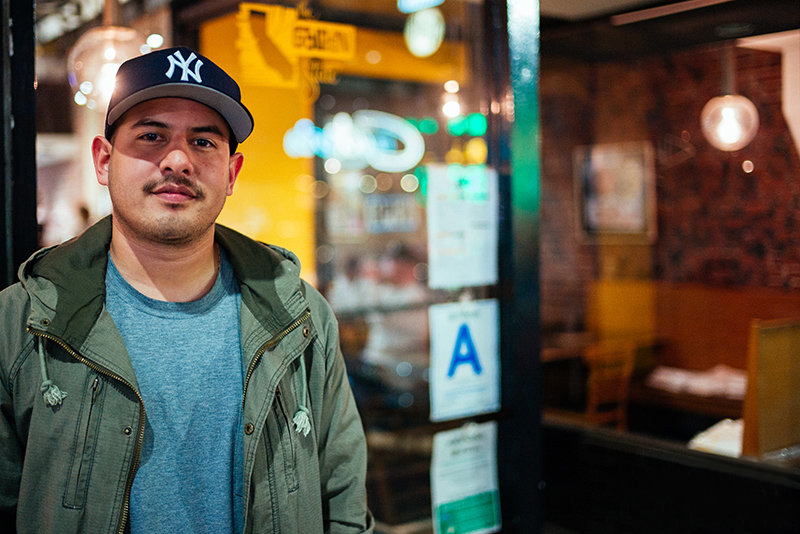 The Story: I was actually a HUGE The Hundreds fan back in high school. I’d buy everything from tees, to cut n’ sew, to accessories, etc. So when they dropped their own shoes for the first time, I had to get ’em. Unfortunately, the ones I wanted (Johnson Mid: Camel) sold out and I was bummed. A few months later, my old homie Nelson wore them out. He was into shoes so he’d wear some different shit everyday. So when he brought em out, they were brand new, had zero scuffs, and realistically he wasn’t going to wear them for another few months or what not so I convinced him to trade me for some food or money. Who knows, this was like 2008 or 2009. Either or, I got the shoes and I wore them almost everyday. They were dope to me because they resembled a Timberland color way and looked like work shoes the more I got ’em scuffed up. I’d honestly still wear them today but I’m not into the whole my feet hurt but they look cool shit. I’ll  probably keep them and show Ben and Bobby in 10 years from now and remind them how old they are. Now they’re in a box at my house next to The Hundreds x eS shoes and the Gravis collab they did. Yeah, I got all of ’em. Then I started working for The Hundreds and started wearing Nikes. Now I wear Greats cuz they’re fucking Great.

What’s up, Josh? I’m running CLSC full time now. Being a good dad and a fiancé most importantly. Trying to figure out how to make a new street wear brand thrive in a business filled with OGs and internet savvy geeks who wear skirts. Besides that, working on CLSC’s first flagship store that I thought would be open soon until I found out how fucking crazy it is to open a store and run a business with one employee. Shout out to Ben, you da man. Bobby, sup with a collab yo?