So while you’re waiting for take-off, it’s a good idea to have an iPod touch. First of all, the old lady next to you won’t strike up a nauseating conversation about her cocker spaniel’s birthday party if you’re cranking the new Meth/Red on your headphones. Plus, you can watch ripped movies or skate vids, like I’m watching TWS’ “And Now” here: 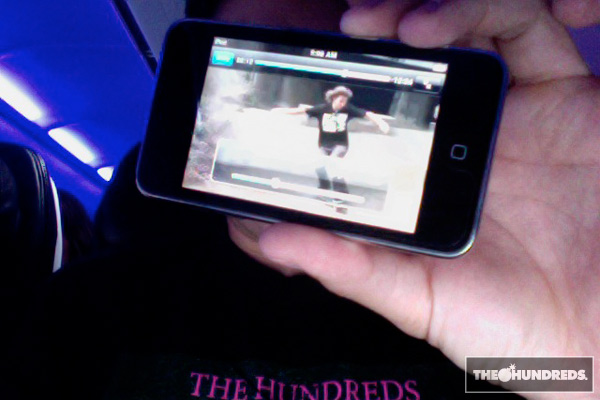 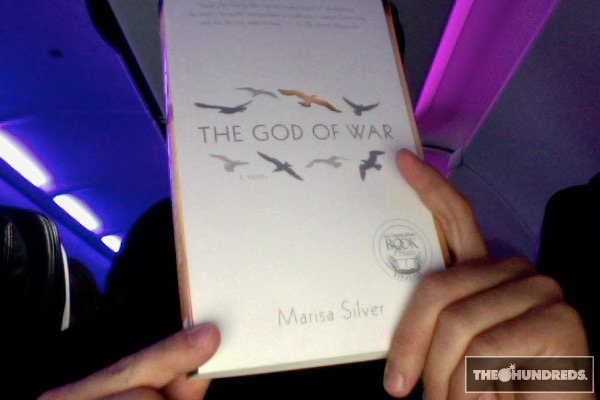 We’re going through some gnar turbulence right now. Supposedly it’s thunderstorming outside. Generally, my coping mechanism in the face of imminent death is to fall asleep. It’s like Darwinism in reverse.

Perfect. Neck-pillow time. If you’re not apt to traveling much, you’ve probably never seen this contraption before, it totally wouldn’t make sense anywhere else in the world. Imagine the looks you’d get if you broke out a neck-pillow while driving in heavy traffic, or eating a sandwich at the deli. This fuzzy creature provides the luxury of sleeping upright. If you get a punk-rock leopard-print one like me, then it also looks like a baby Jaguar is mauling your neck. 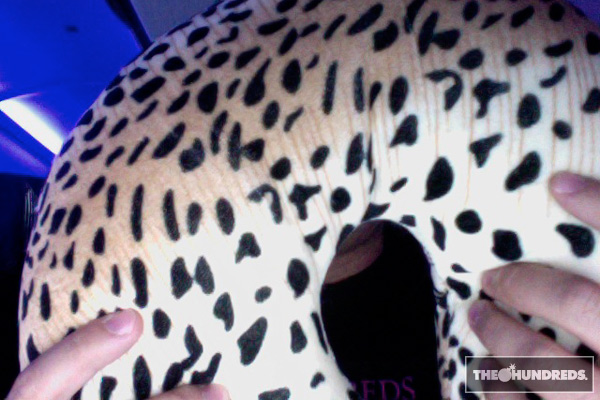 You need to bring your business card. The one time you forget, you’ll end up sitting between Richard Branson and Oprah and they’ll point fingers at you and laugh if you write your email on a cocktail napkin. This goes double for you single guys who wanna impress the svelte brunette in the window seat who’s on her way to a modeling gig. Or that grandma with the cocker spaniel. Whatever floats your boat. 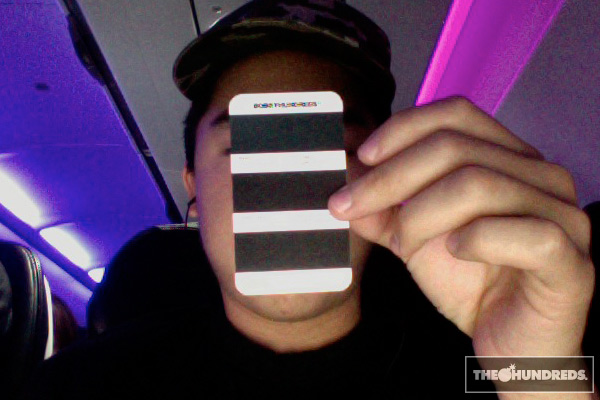