BACK TO PLAN B.

There’s so much longing in Skateboarding right now. Longing for the better days, the Golden Age (whether that’s the 80s or 90s or even ’00s is your call), pre-Big Company shoe brands dominating the market, before the contests and the websites and the Streetwear…

I’ve been there, done that. And accepted that it won’t ever be the same, in fact, it can’t. And in many ways, why would we want that?

Skateboarding was a lot harder back when I grew up in it, in the ’90s.  It was cooler and more dangerous – socially – but it was frowned upon and ridiculed, and you’d get beat up for it or kicked out of school, and the only girls who liked that sorta thing turned out to be lesbian in college.  There was so much unadulterated joy and pride and independent spirit in Skateboarding during this decade though – we owned our style and underdog mentality. It’s what fueled the fire for this culture and obsession (not a sport) to detonate years down the road through primetime television, the Internet, and multinational corporate influence.

Everything is about context. Content is about context.  ’90s Skateboarding made sense in the ’90s, but it wouldn’t last a chance today.  Priorities change, attitudes are different.  Stay true, but don’t stay put.  Gotta adapt. 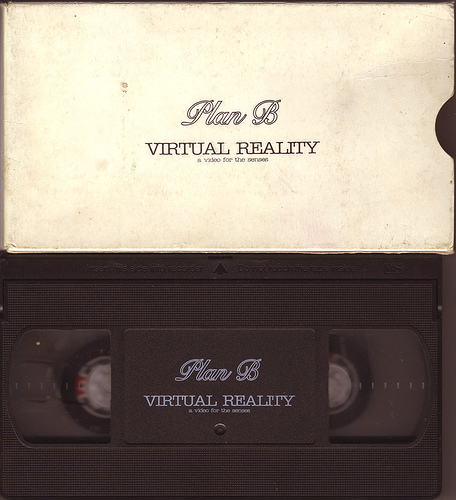 My favorite skate video of all time is Plan B’s “Virtual Reality” (1993).  Not “Questionable” or “Video Days,” not “Yeah Right!” or “Animal Chin.”  I memorized this tape from start to finish, became a Steve Miller Band fan because of it, Hiero and Primus as well.  Thought of the world differently because of Rodney Mullen’s part.  Became a big Blind fan because of the Friends section.