August 25 :: Attend Our Advance Screening of "Kicks" in SF

Director Justin Tipping’s debut film, Kicks, is more than a film strictly about footwear. It follows a 15-year-old sneakerhead named Brandon, whose yearning for the freshest new kicks manipulates his perceptions of masculinity and strength. When his first pair of Jordan 1s gets snatched, Brandon must quest through the Bay Area to reclaim his sneakers, all the while facing challenges of inner-city life. Kicks tells a much deeper story about bravado, poverty, and interpersonal growth. The film recently premiered at the Tribeca Film Festival.

The Hundreds has paired up with Kicks to provide an advance screening of the urban coming-of-age tale. Join us on Thursday, August 25, to see the story unfold before you—RSVP here or click the image below.

We’ll also be doing a free gift bag giveaway for the first 50 people who bring their ticket stub from the film screening. Simply bring your ticket to The Hundreds San Francisco (POST) by the weekend. 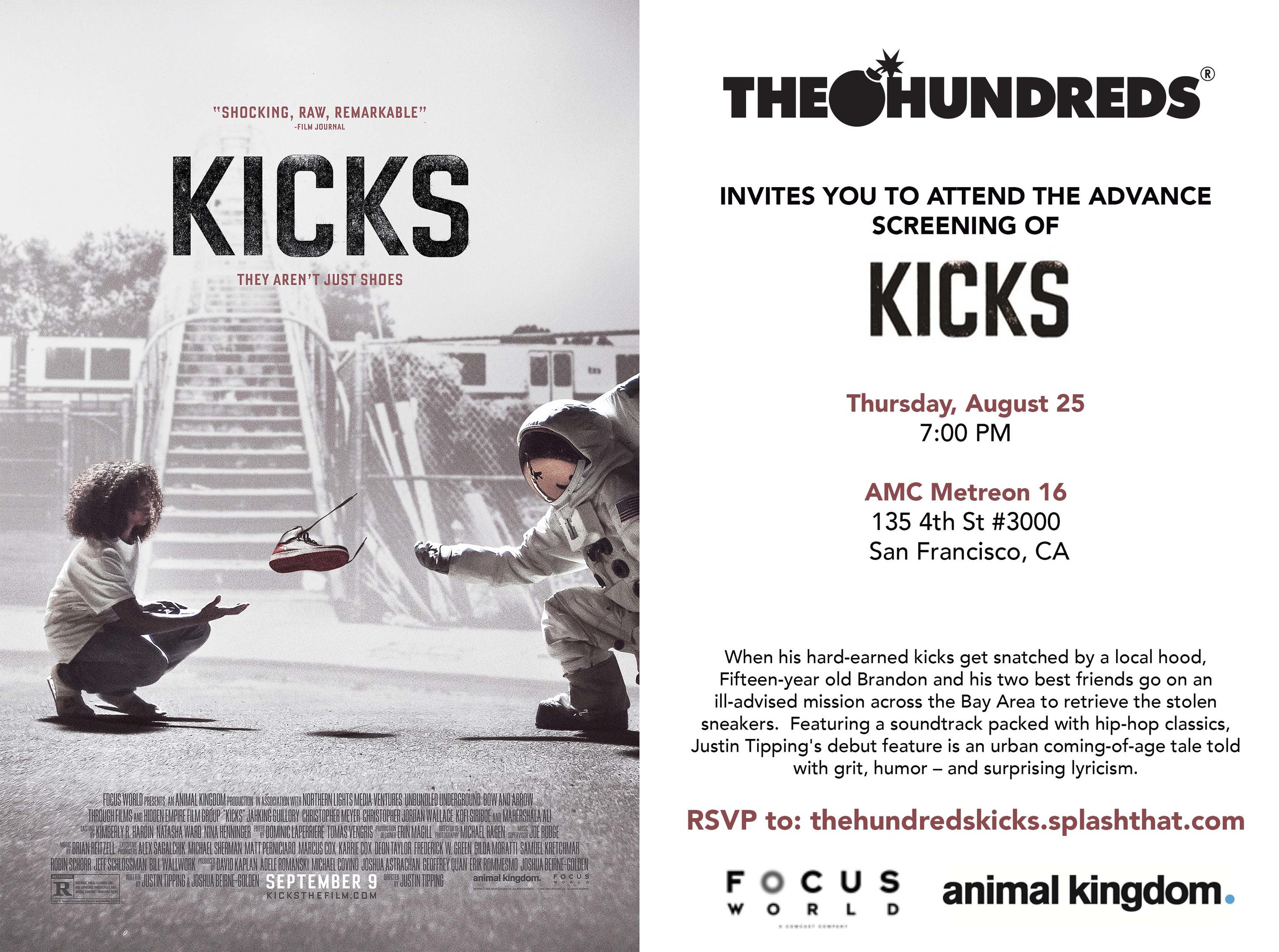