If I’m bored, I try to do something constructive with my life. Like watch Back to the Future II. Or eat Mexican food. Judging by what they make in their free time, when some of our readers get bored, there must not be a Zemeckis film or a chile relleno within 500 miles.

It starts off simple enough. Jason 3-dimensionalizes Adam. Not bad. 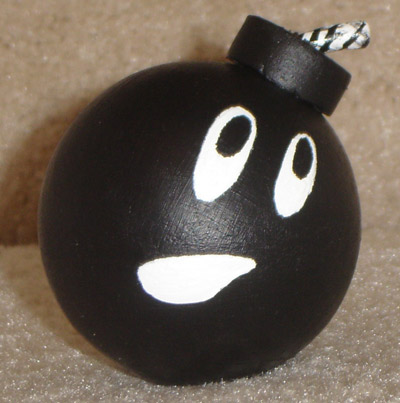 Godwin with some custom shoelace things. But those can’t be good for kickball, wearing pants, kicking in windows, or anything that involves shoes really. 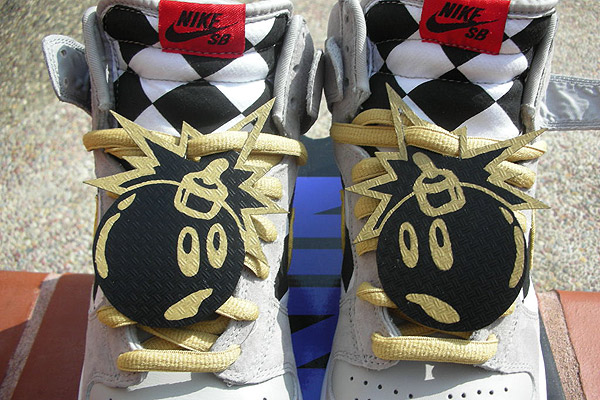 KP is making a statement.

And that statement is: Inside all spray cans, there’s a delightful hidden surprise. Now find a sharp knife and get busy, kids! 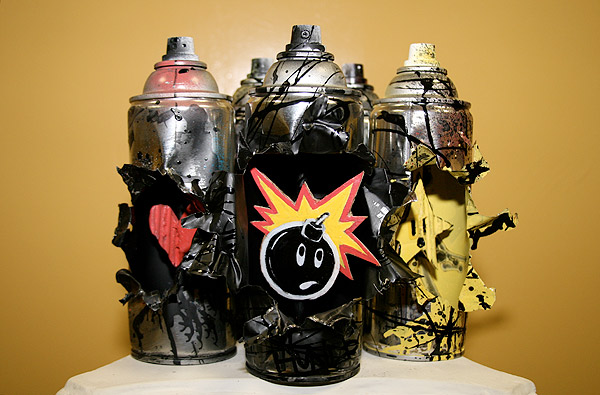 In Singapore, you get paddled for tagging in bathroom stalls. So the kids take out their creative energy on more socially acceptable surfaces. Like their Casio Databank watches. Case in point: Muhammad’s.

I say he deserves a paddling anyways,.. a paddling on the back that is! Kudos, Mu! 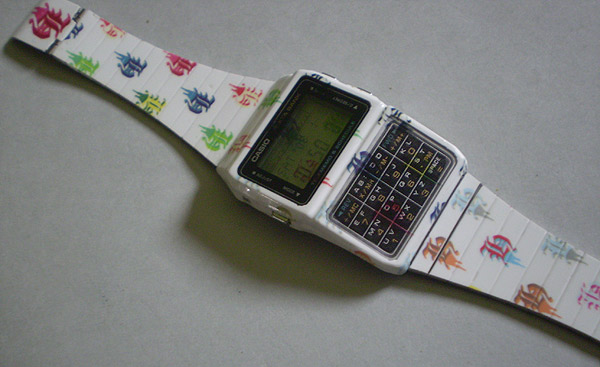 Some lunatic keeps emailing me this, accompanied by a 4-page essay written entirely in French. I have no idea what in tarnations is going on, but the bizarro UNDFTD chain goes the extra mile. 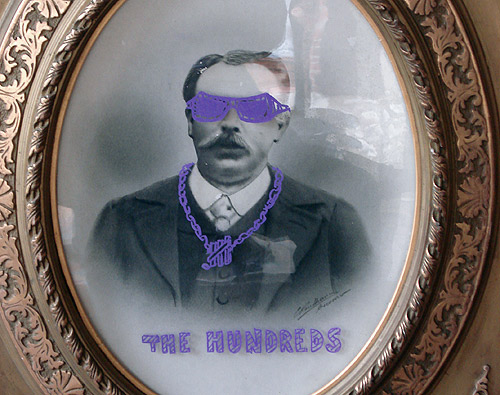 Virginia wrote that she initially made this ceramic bowl for her ex-boyfriend, but then he turned out to be a “douche,” so she held onto it. Then she dismembered him, pureed his organs, and drank her “Aaron Smoothie” out of the bowl like morning cereal. She sends her love from prison. 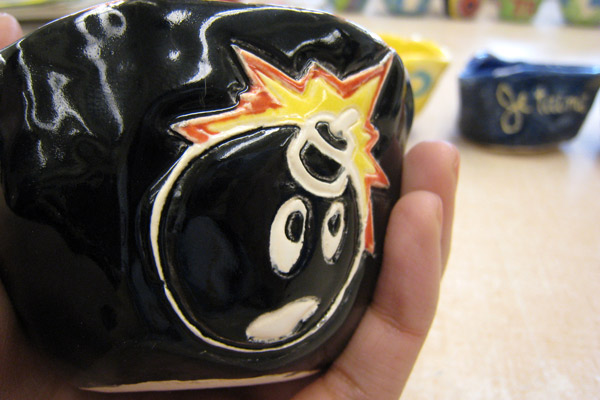 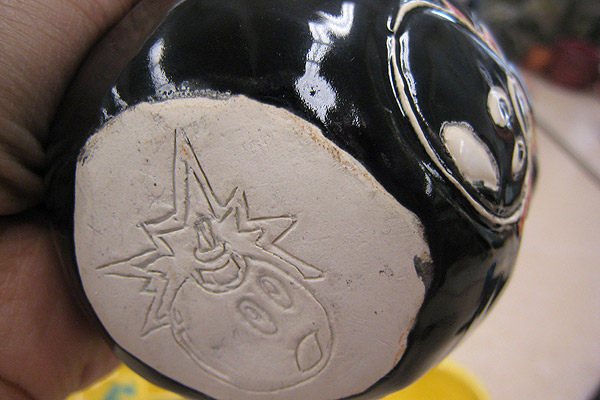 Daniel’s rendition of Adam is made of Jell-o. Jell-o is made from gelatin. Gelatin is made from animal bones and horse hooves. Thus, Daniel is neither creative nor witty. Daniel is a monster. 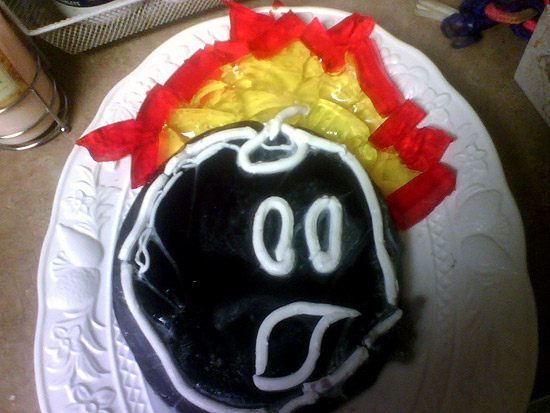 You know, there are times when I take a long, hard look at The Hundreds and wonder why more people aren’t painting my logo on the exoskeletons of horseshoe crabs. And then people like Dillon email me, and I can learn to smile again. 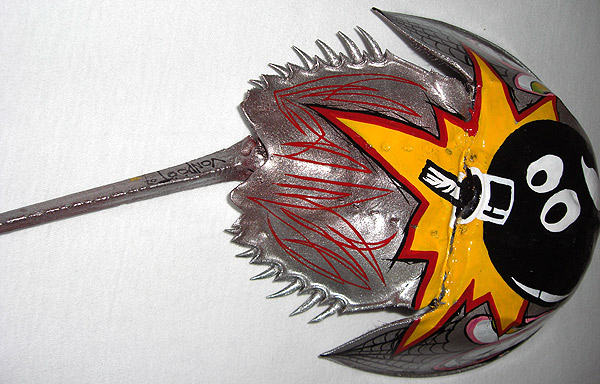 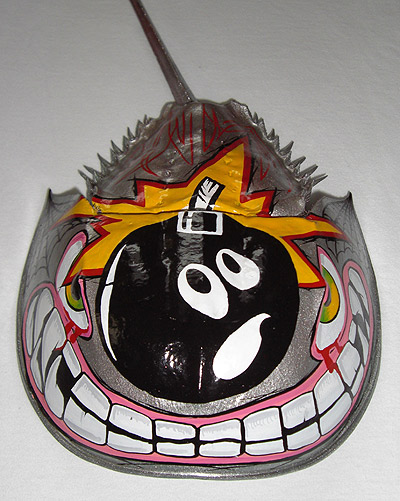