ART IN THE SESAME STREETS.

Last night, The Seventh Letter and Neff Headwear presented “SESAME STREET” at Known Gallery, an exhibition dedicated to the children’s television show, benefiting City of Hope’s Department of Pediatrics. It was basically a second rendition of MOCA’s Art in the Streets, except tied to a more casual, buoyant theme. Pretty cool to see street art’s biggest and best all come under the Sesame Street umbrella, interpreting the popular characters and elements that we grew up with.

Big shouts-out to Tal also for curating the show and bringing everyone together! Crushed it… 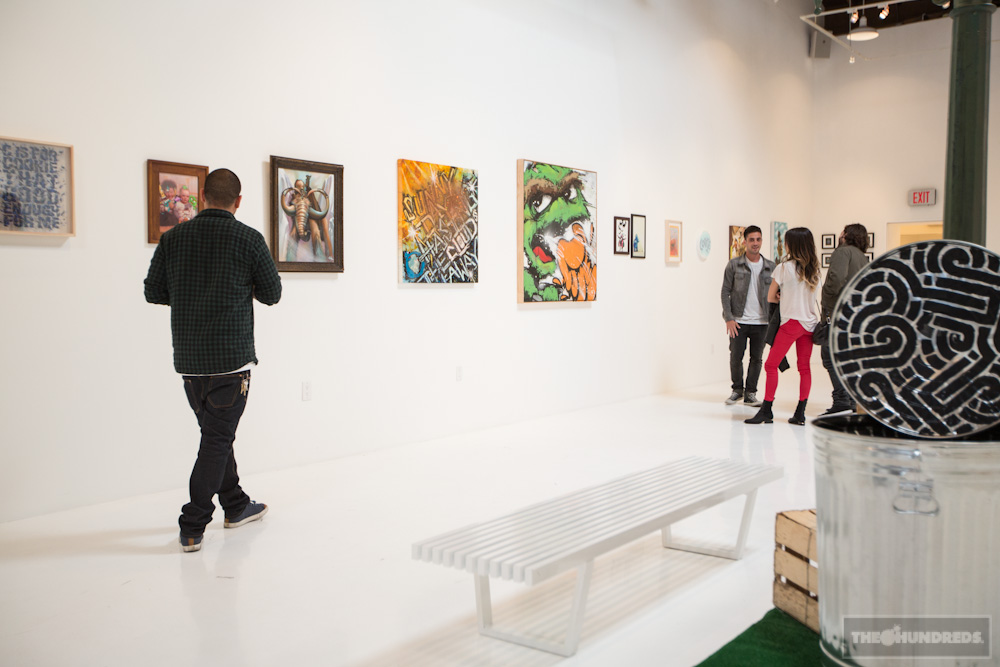 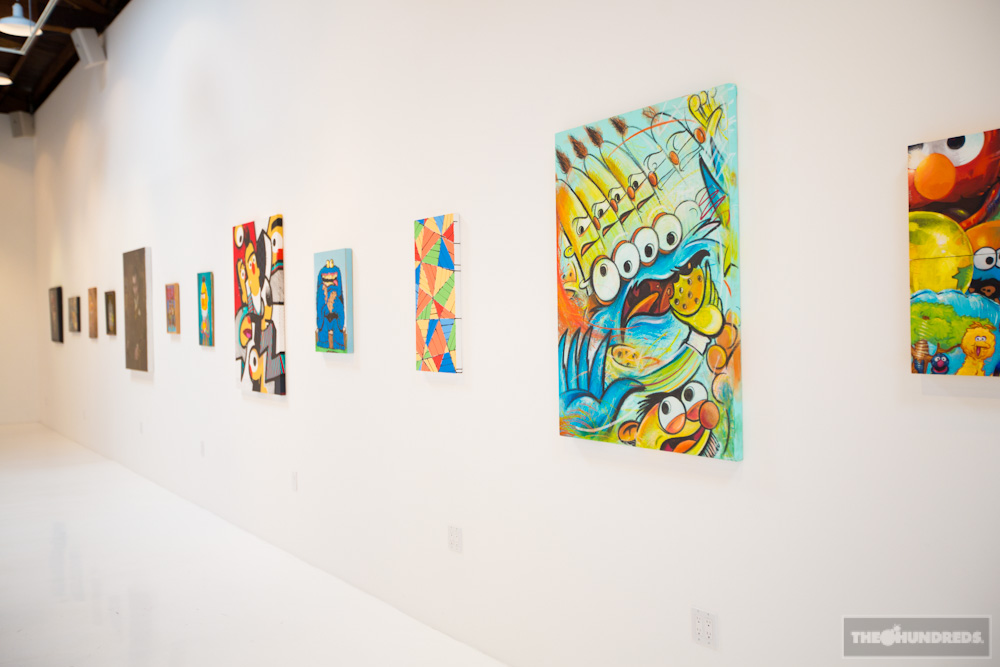 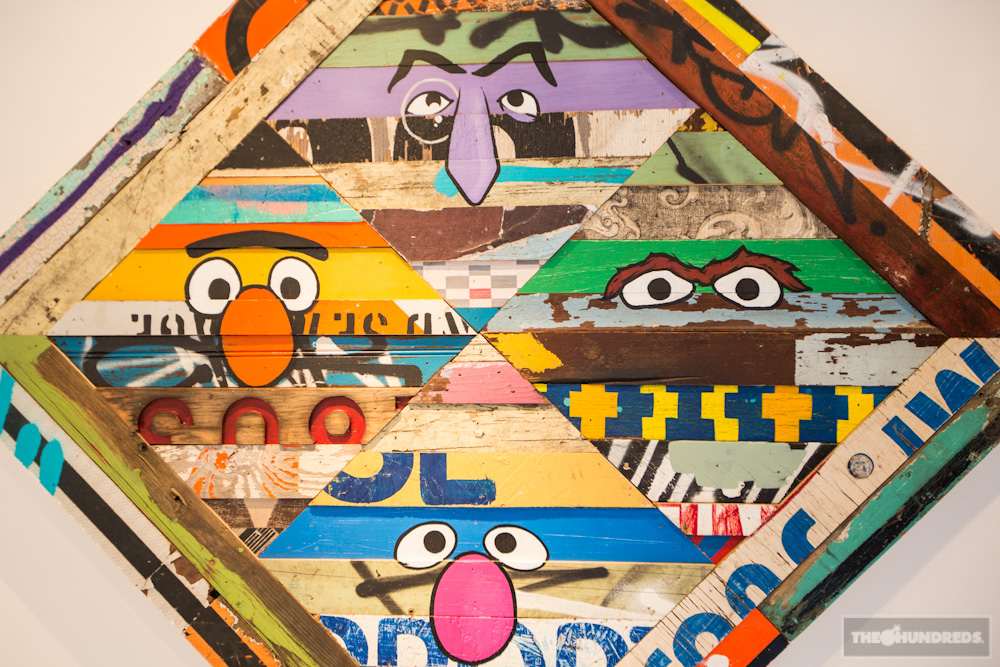 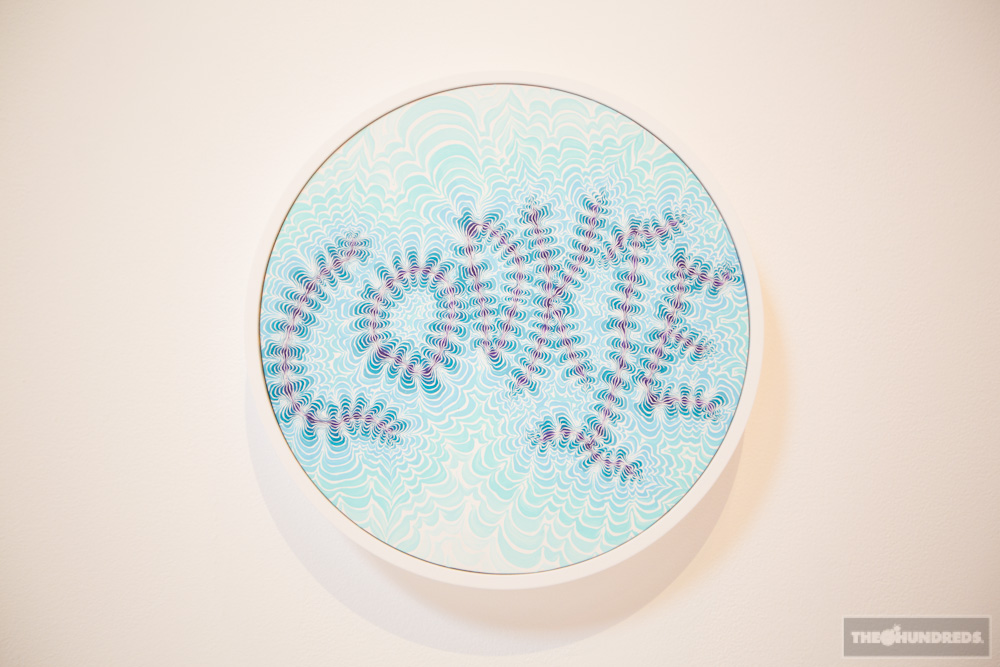 If I could take home one piece, it’d probably be RIME’s giant canvas. All handled with crayons: 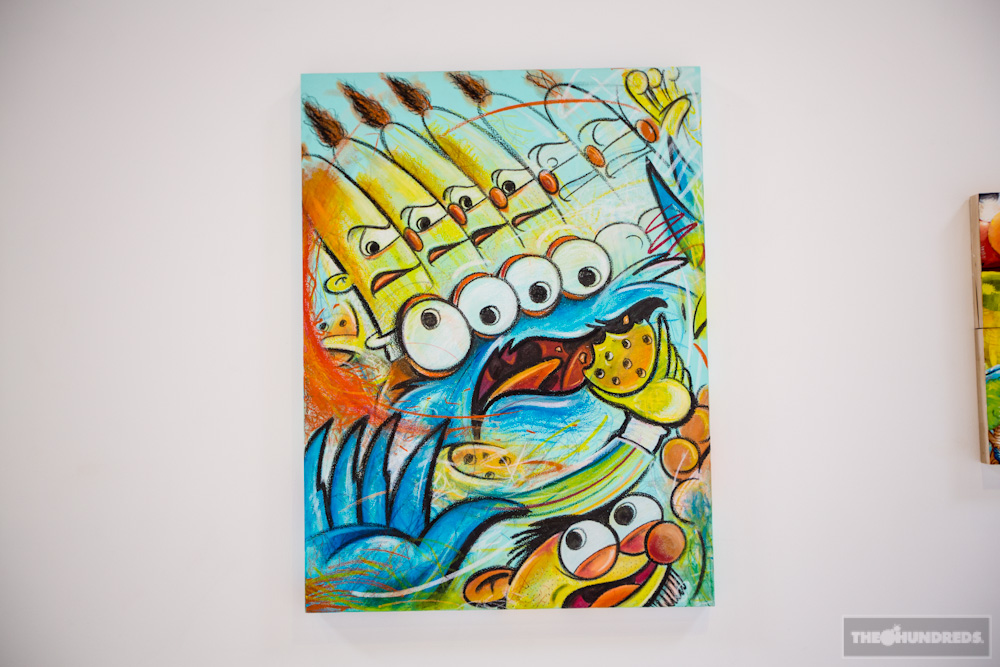 Perhaps one of the most impressive… Danny D’s pinstriping: 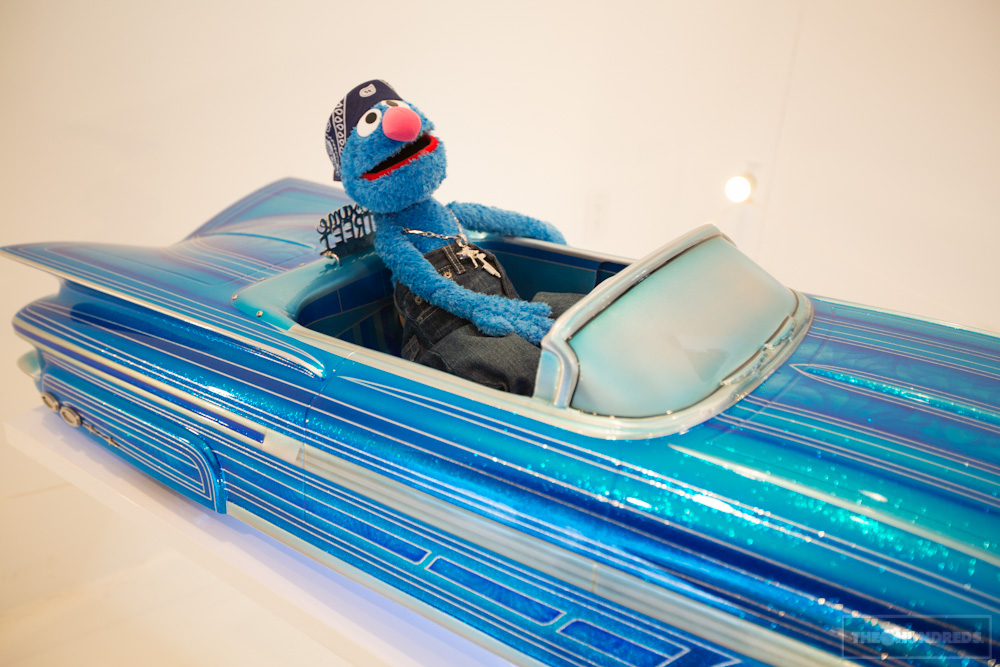 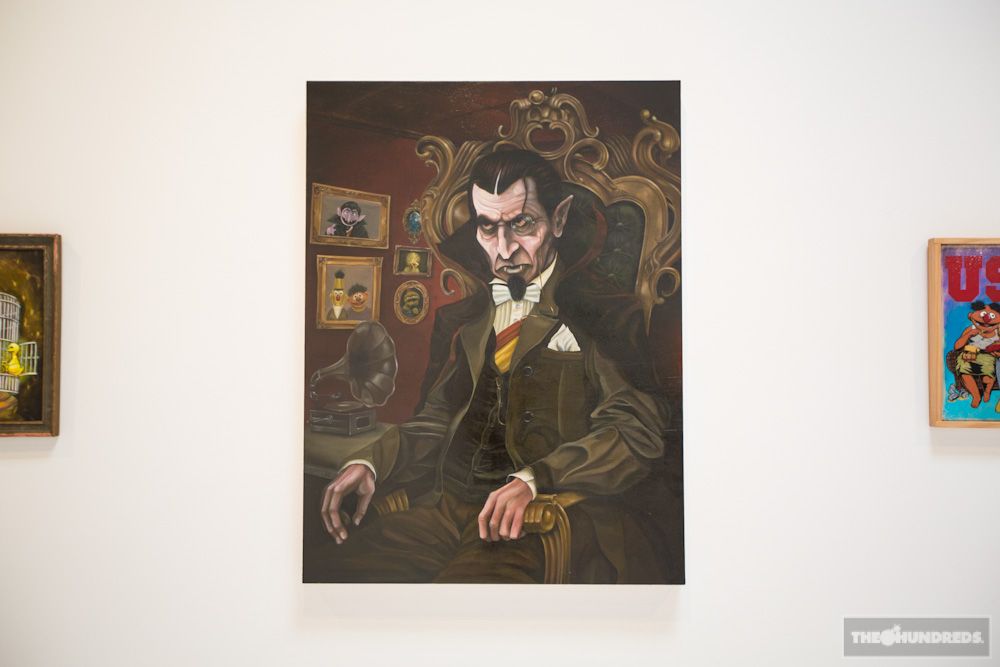 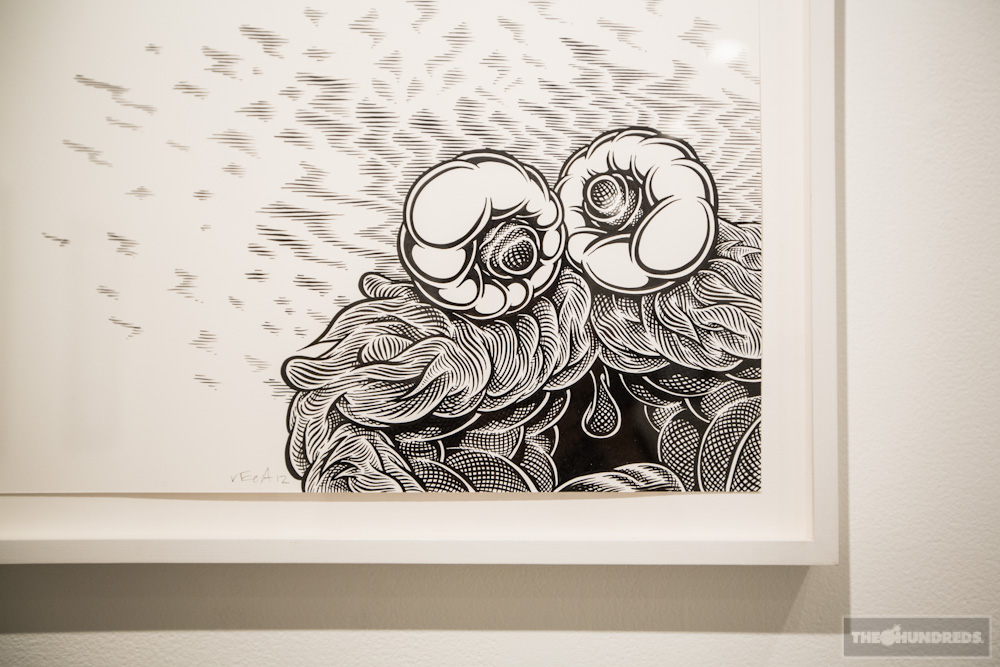 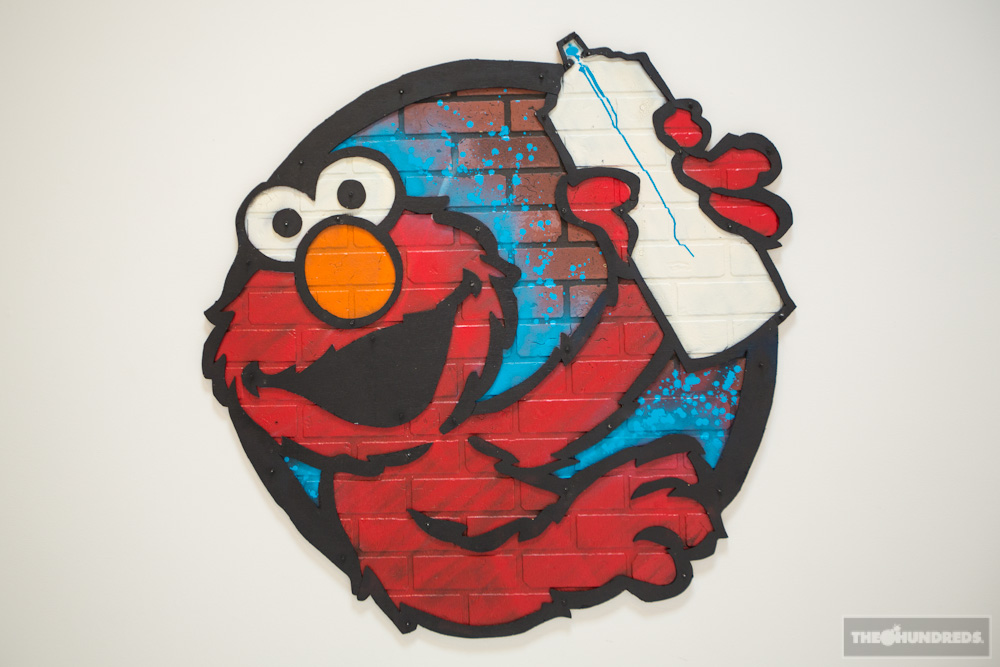 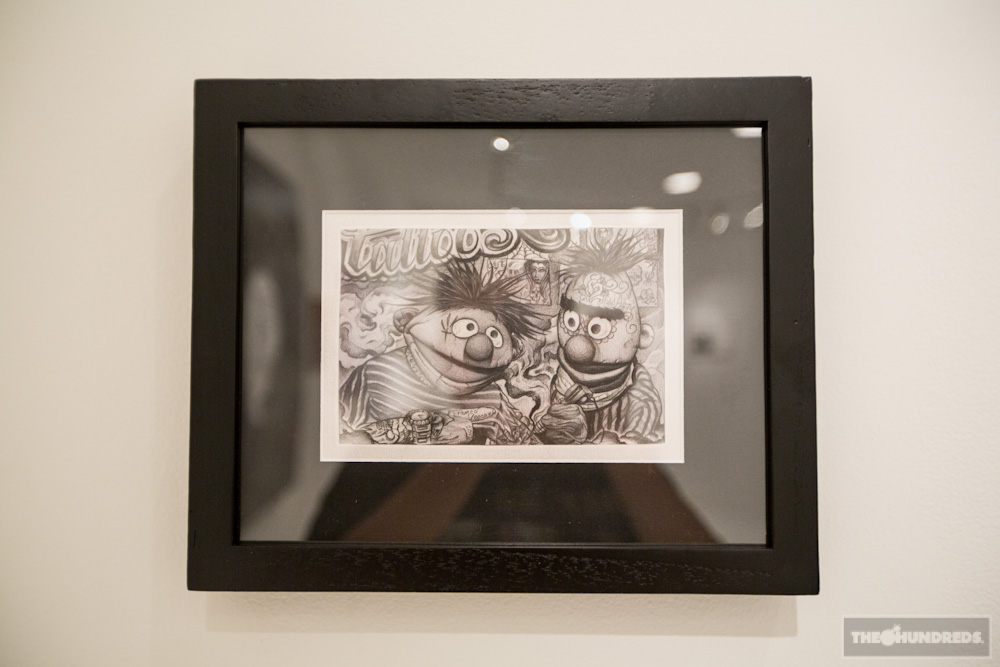 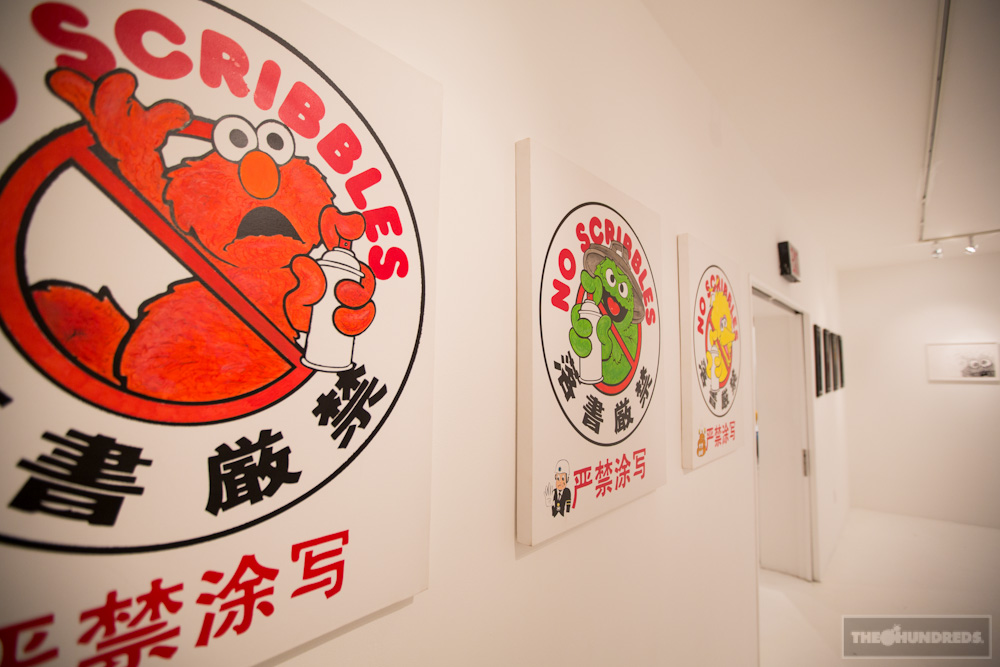 OG Abel on a vintage chalkboard: 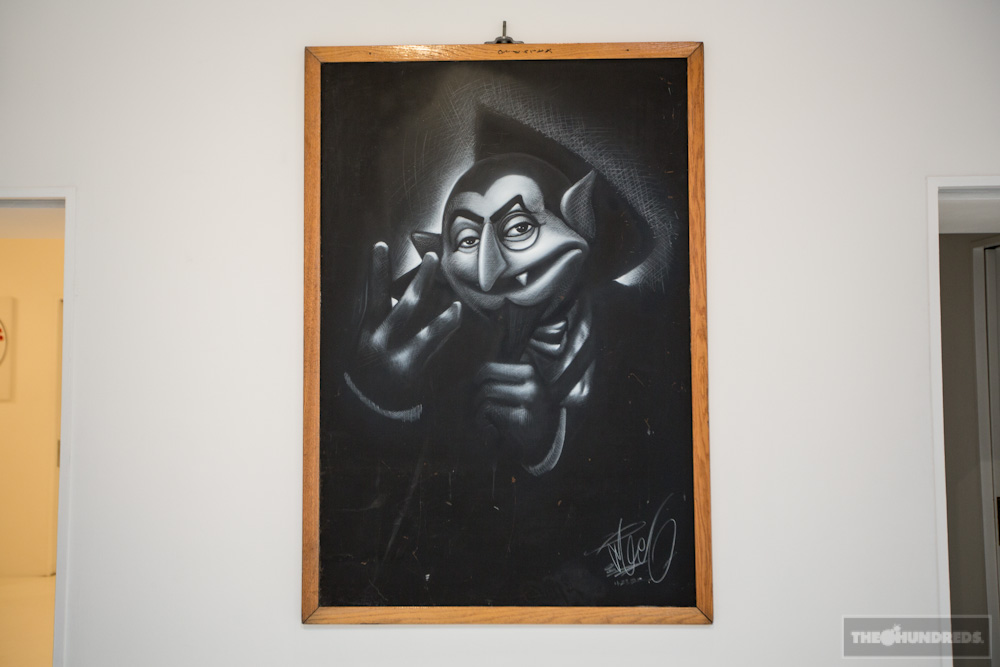 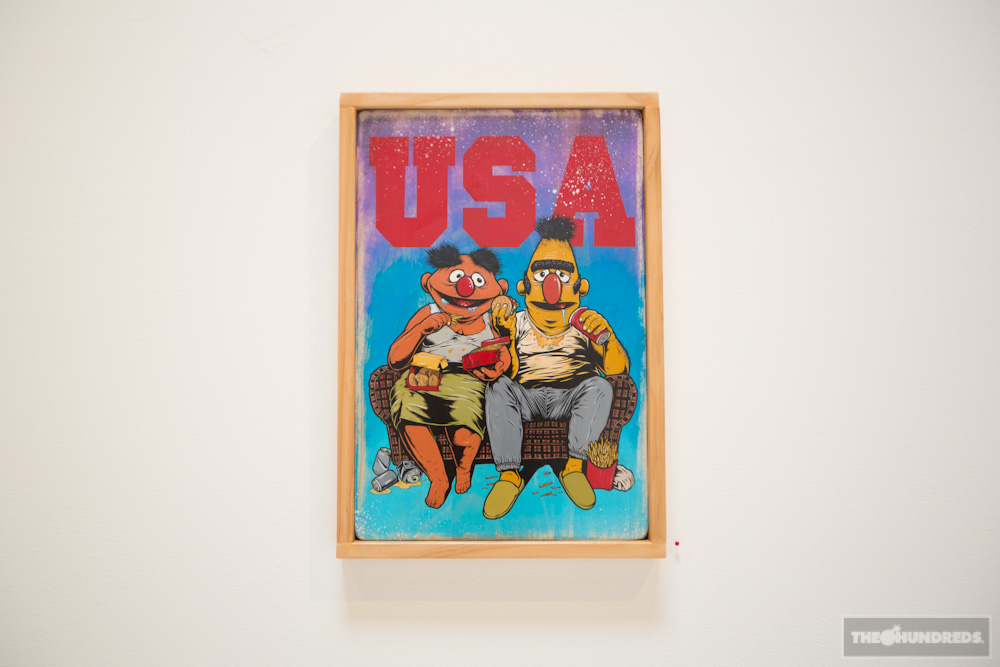 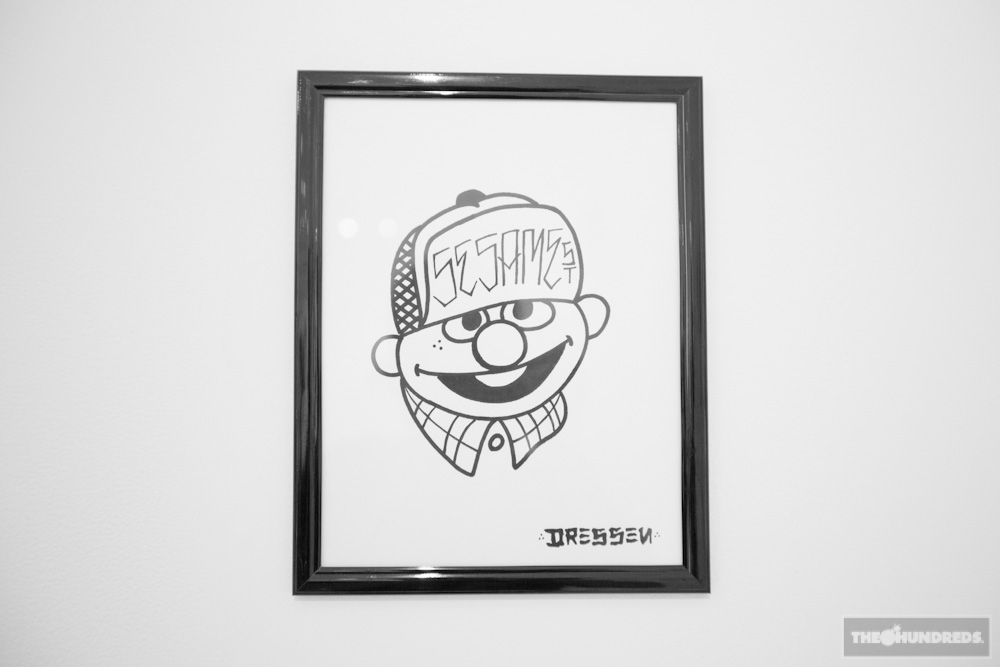 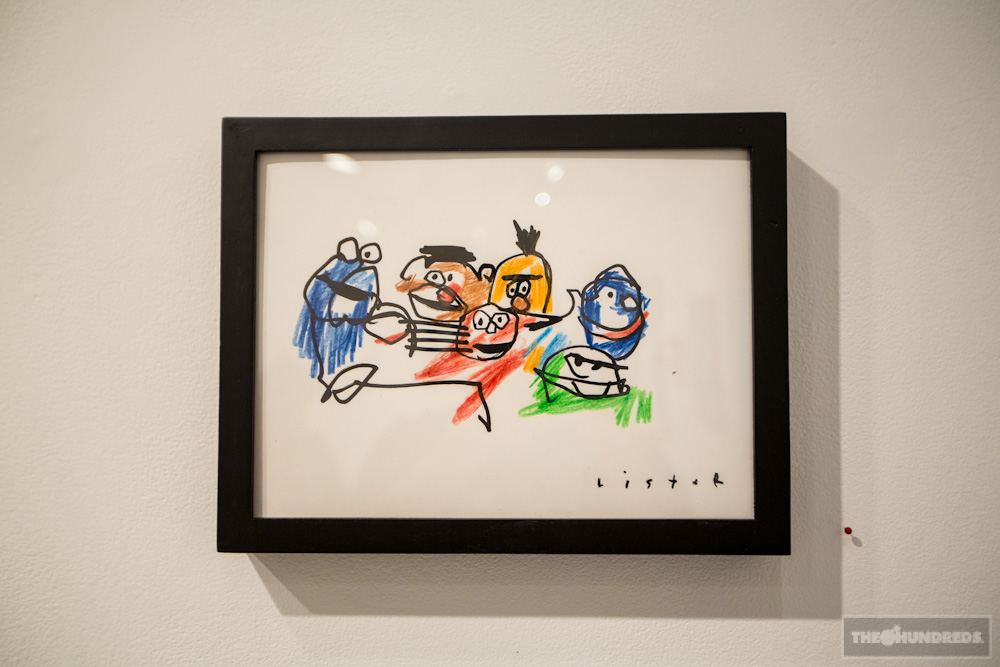 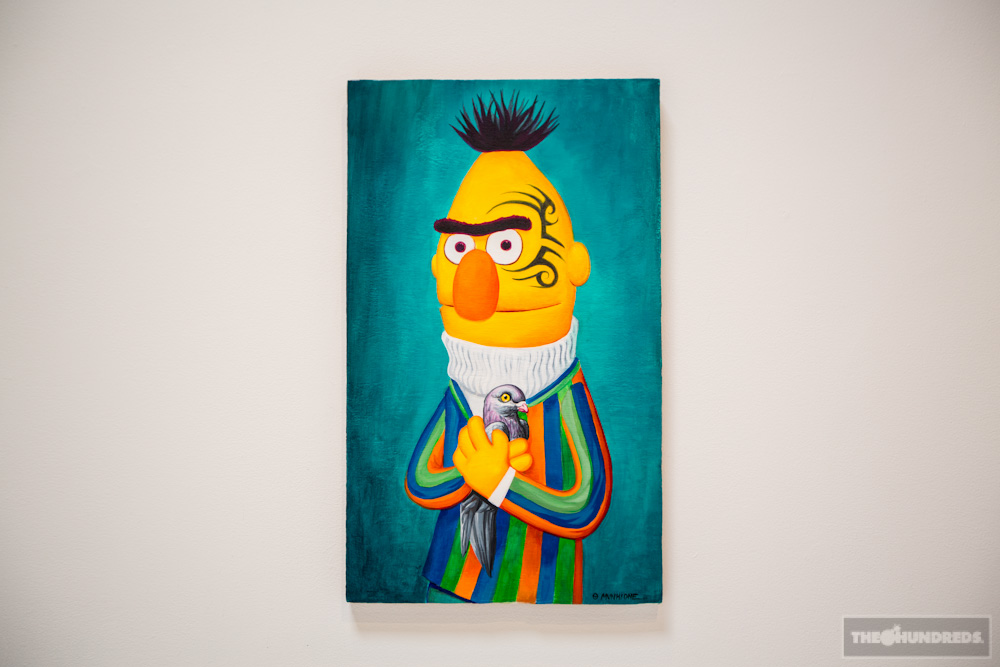 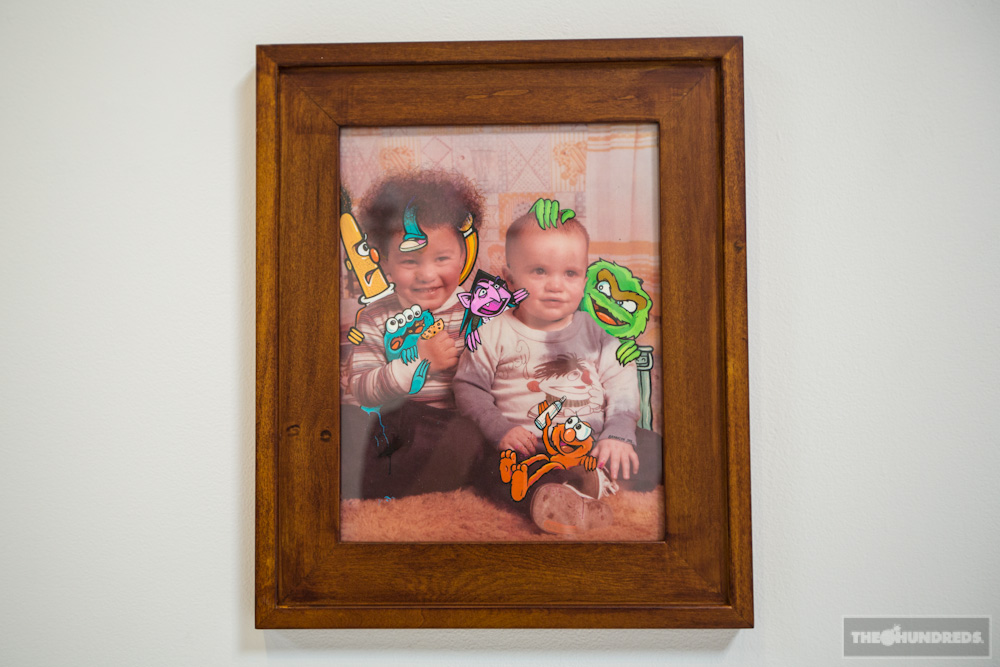 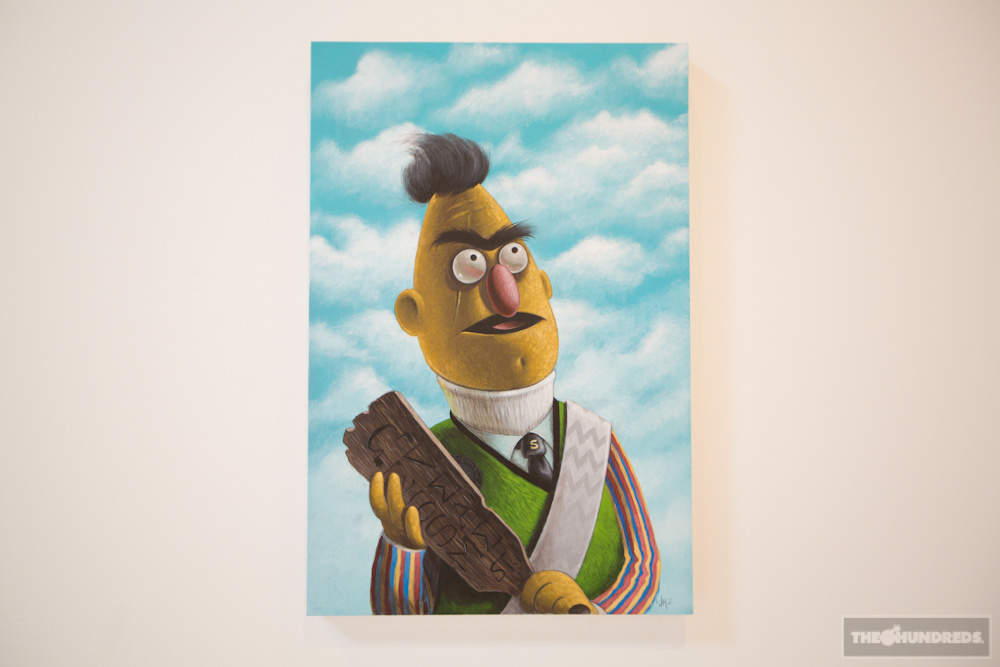 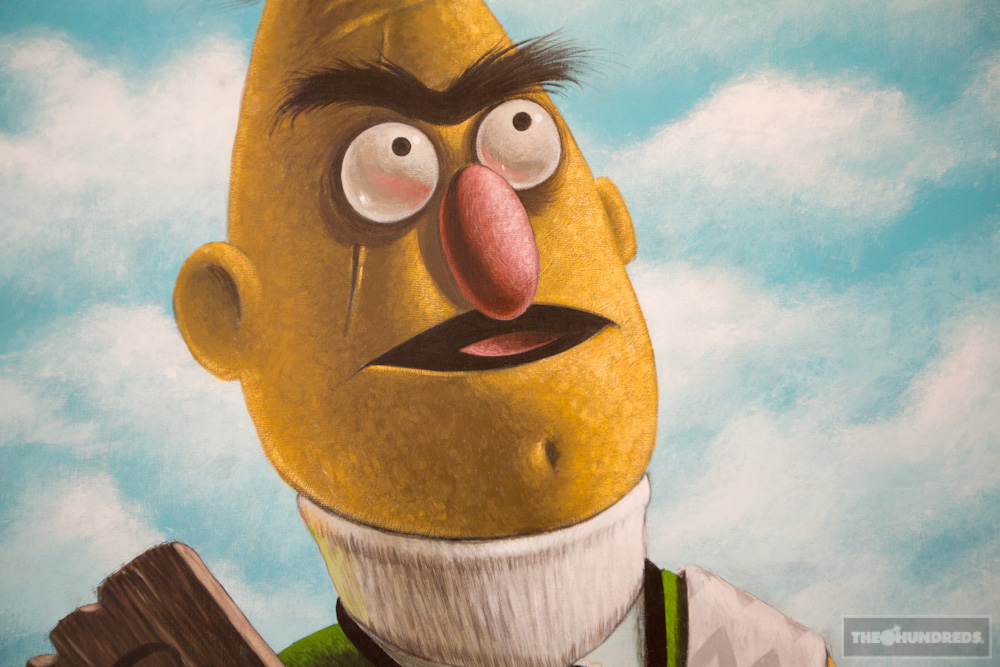 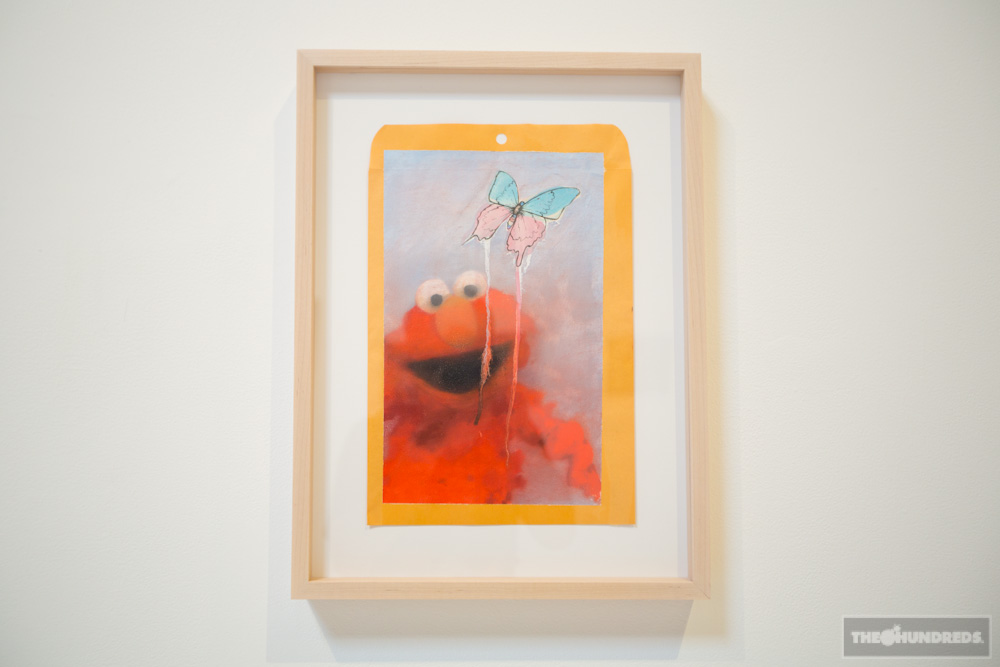 I’m leaving so many great pieces out, there are just too many to post. Madsteez, Jasper Wong, Pose, Dabs & Myla, Todd Bratrud, Askew, Honkey Kong… it never ends. The show is only open this weekend, so if you’re in the L.A. area, definitely make it through. One of the best group art shows I’ve been to in a while…Not to be missed: 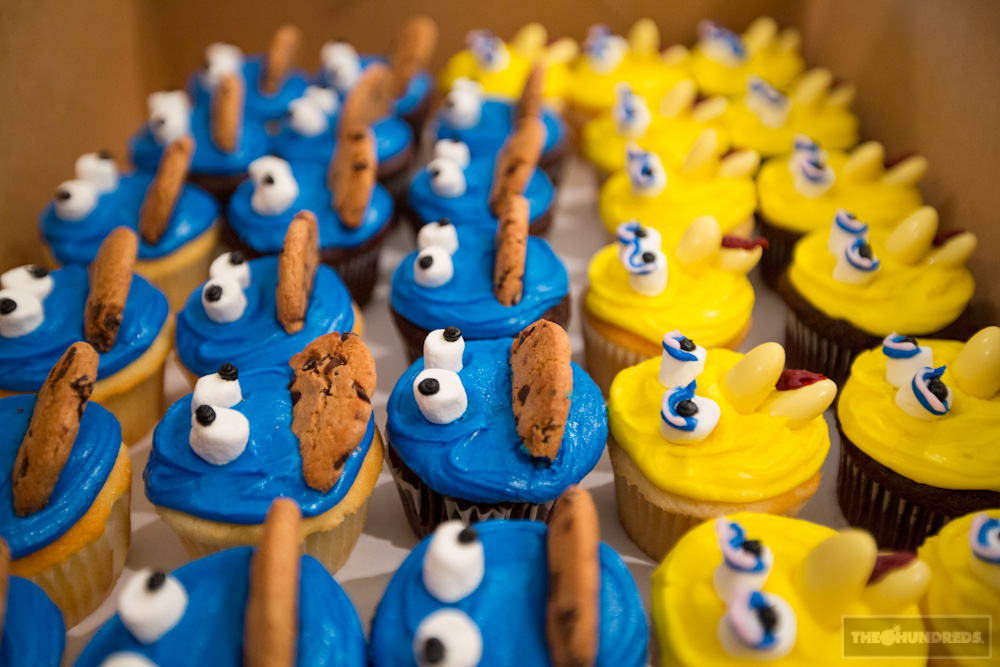