Ok so, considering it was Wednesday night, James (Jean) and Dave (Choe) wanted to stop by the comic book shop to pick up some of that weekly paper. I found an o.g. Batman Death in the Family for $5.00 and an X-Men Bishop figure in a yellowing plastic box. Also in the back they had the Eastman & Laird’s Ninja Turtle toys, but they were in color, did they ever make them in black/white?

This is what it looks like when your shutter speed is set too low and then the attendant yells at you that photography isn’t allowed in the store. Perfect product placement for InCase. Look at Dave’s jacket. I hope that’s paint, or at least bird droppings. 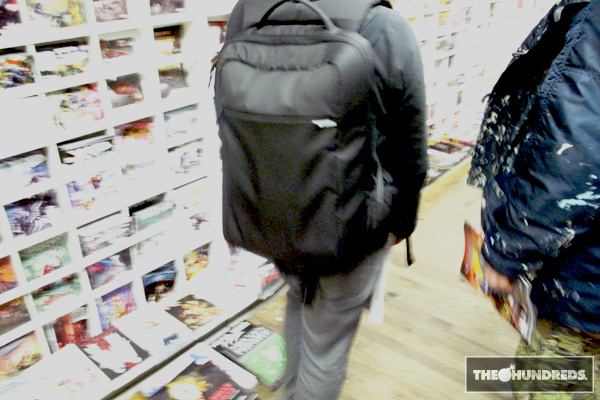 We stopped by Pinkberry, but that was fruity in more ways than one, so I’ll skip that part. Next, passed by Marlon (Sneaktip)’s new shop (??!!) and chopped it up with the hustler himselfand Akira. Then onto Dave’s studio, which is a nice 2-story setup. For some reason, Jon Stewart was in his building the other day. And Bloomberg Television was filming Dave right there yesterday. Works in progress: 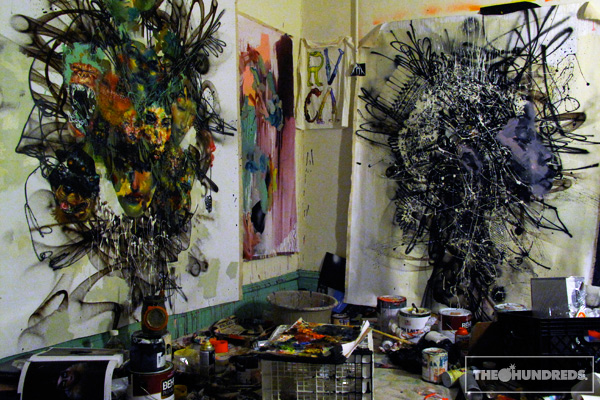 James did this one for Dave, back when he had his show in New York. Gimme. 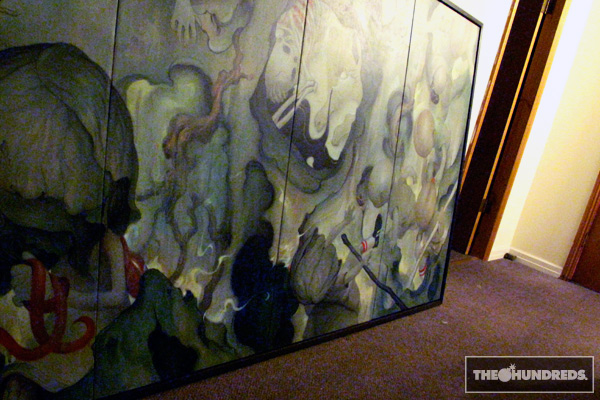 Upstairs looking downstairs. Dave didn’t have too much of his own art around the house. Aside from a rad Horkey (according to Dave, perhaps the best ever. I agree) there’re lots of thrift-store pickups and interesting stories tied to others. Fun fact: Dave’s Obama piece is now hanging somewhere in the White House, but Dave doesn’t know exactly where. It’d be rad if it was above Barack’s golden toilet. 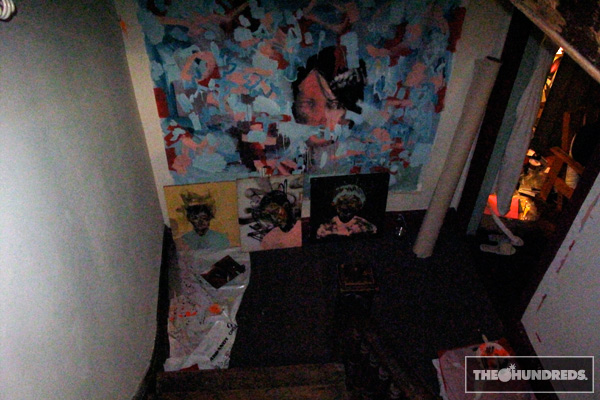 Impromptu jam sesh courtesy of James and Dave. Even Benny Hundo got a piece with the chaos box. 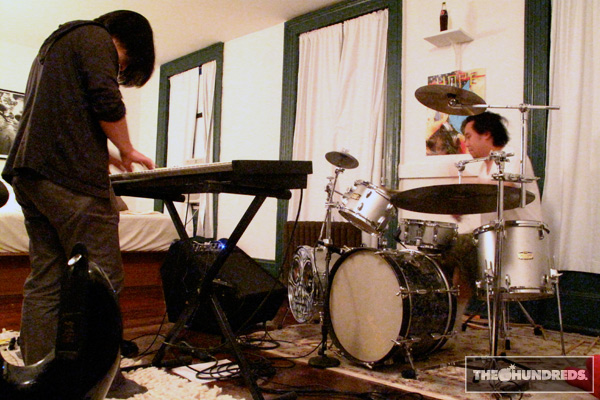 I read one of James’ books. 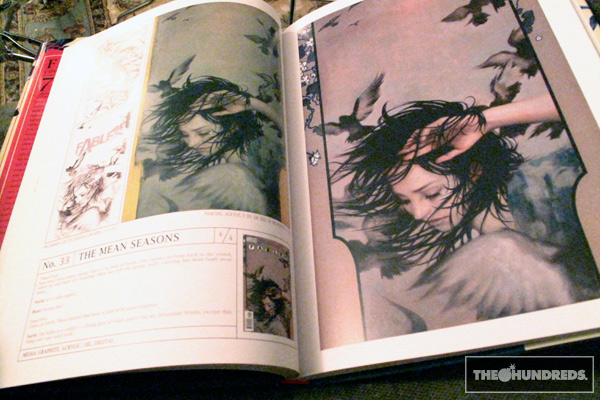 Dave doesn’t have a TV screen. He uses a projector to blast onto a living room wall. The entire house is connected to it, his computer, his music, his downloaded movies, television… So you can watch Youtube videos on here or… 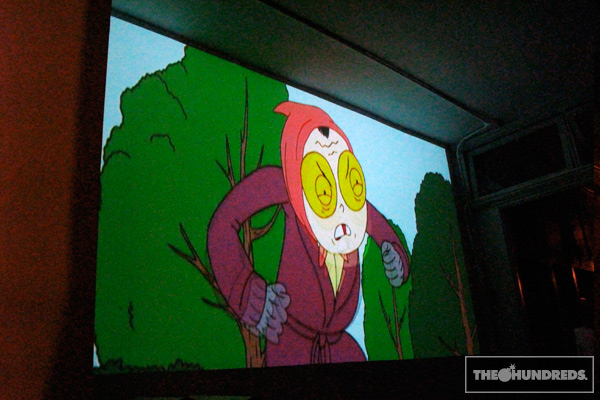 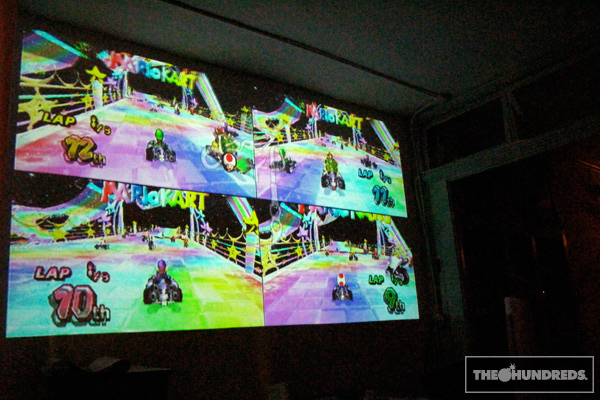 James was responsible for that Prada campaign last year. As a parting gift, have you seen this?