THE PAPPAS BROTHERS :: SKATEBOARDING IN 1996

I think I’ve taken a photograph at some point of every single day of my life since the age of 14.  Back then, most of my shots were of my friends skateboarding, local punk shows, or graffiti runs.  Of course, this was the ’90s, so I learned photography through film (which, I believe, is how every amateur photographer should still learn).  I used my dad’s Nikon 8008s and then graduated to an F5, (which the Pope still owes me money for after it shattered at the Vatican – but that’s a story for a different day).

Just watched “All This Mayhem” on On Demand.  It’s by the guys who made Banksy’s movie, Exit Through the Gift Shop – the dark and tangled story of the ill-fated Pappas brothers who dominated vert skating in the ’90s.  It’s interesting to hear their (and Lance Conklin’s) sentiments on the skateboarding industry in the context of ESPN and their storied rivalry with Tony Hawk, who isn’t shown in the best light. Tas has this great line in the film, once skating surged into televised showmanship and sensationalized mega ramps.  I don’t remember exactly how it went, but it was about how that particular depiction of skateboarding felt more for the privileged…

Tas and Ben Pappas’ friction with Hawk comes to a head at the 1996 Triple Crown finals, and I was actually there that day.  Aside from it being 100 degrees and Sluggo giving me his Dragon prototype sunglasses off his head, Les Claypool played with his post-Primus band, Helmet headlined, and there were a lot of cute girls with barrettes in their pixie-cut hair and Dickies.

The film pivots around this contest because after a year of battling on the contest circuit, Tas and Ben went at it with Tony Hawk throughout the finals.  As Tas launches in this first photograph, you can see Tony perched on the coping, watching.

It’s funny because how I recall the day was Tas, Ben, and their dad getting in a fight with Mike Vallely (I have photos of that also), Danny Way decimating that ramp, and how excited I was to be the select few in the photo pit.  I was 16 years old.

(Tas in the brown shirt, Hawk in the tan Birdhouse tee and also navy shirt, Ben Pappas in the blue helmet, Danny Way in the corner of the last shot) 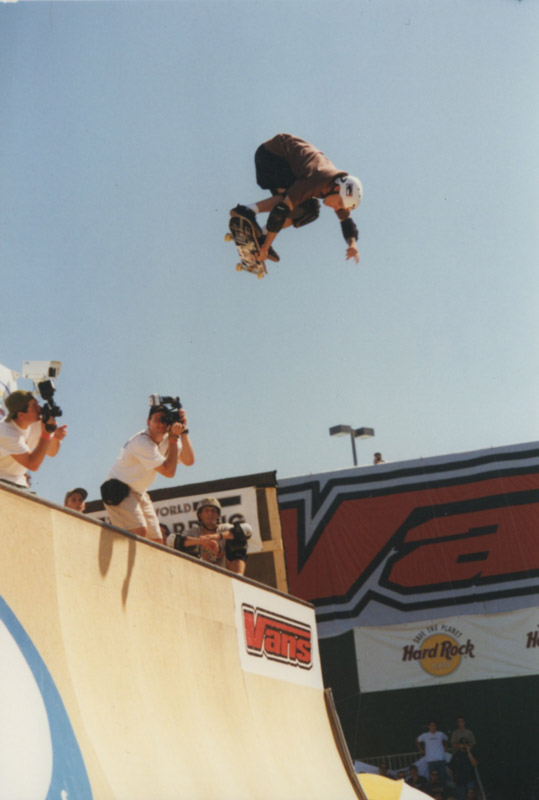 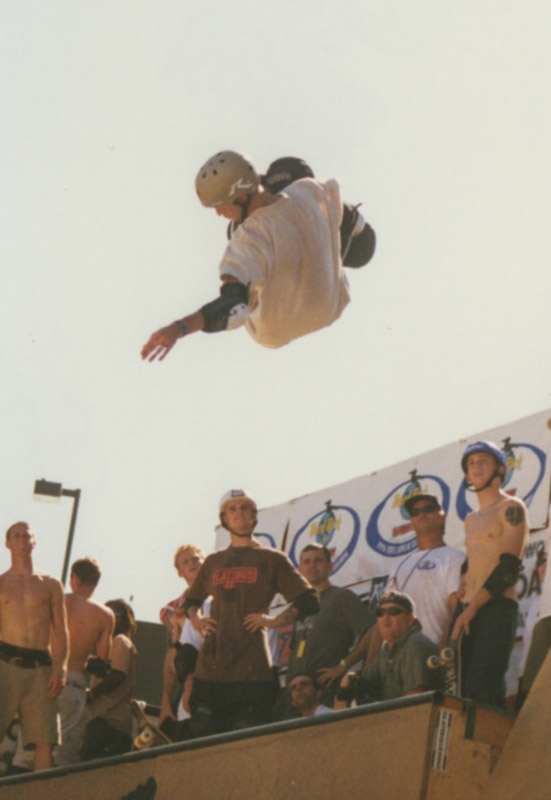 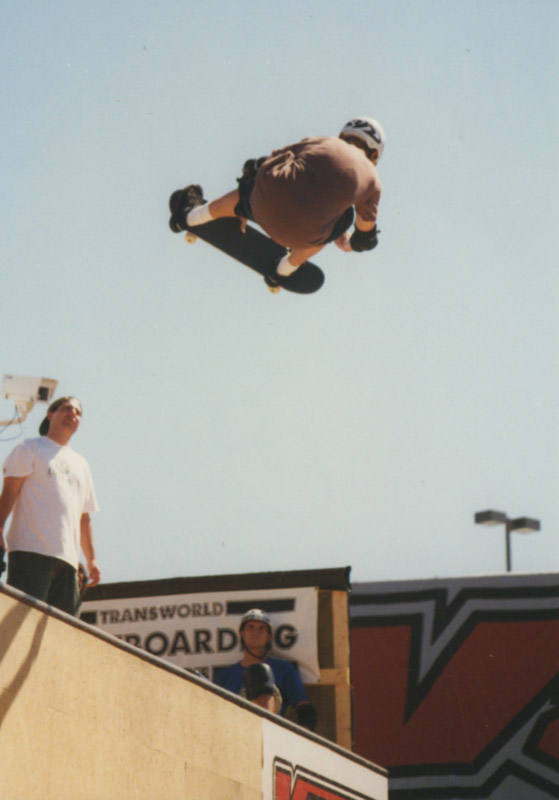 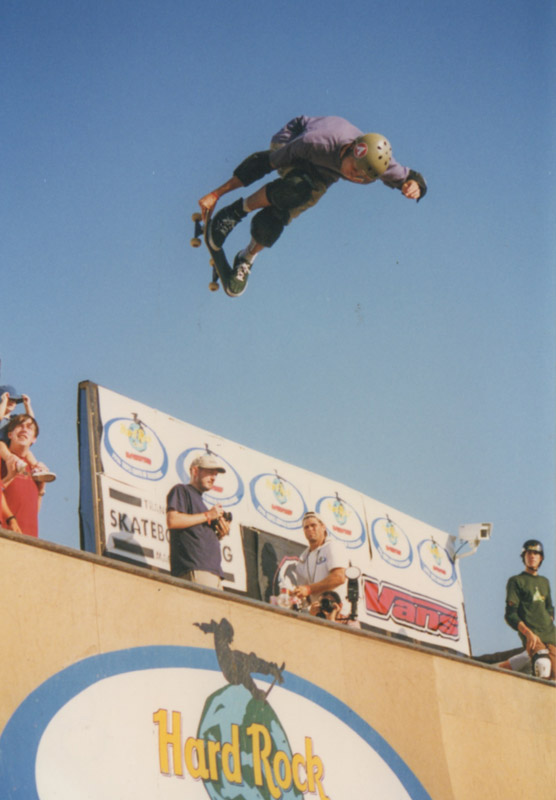 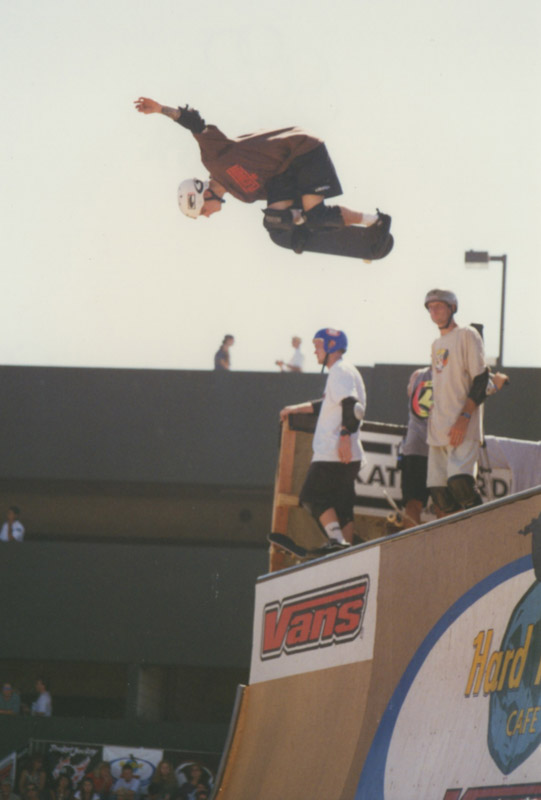 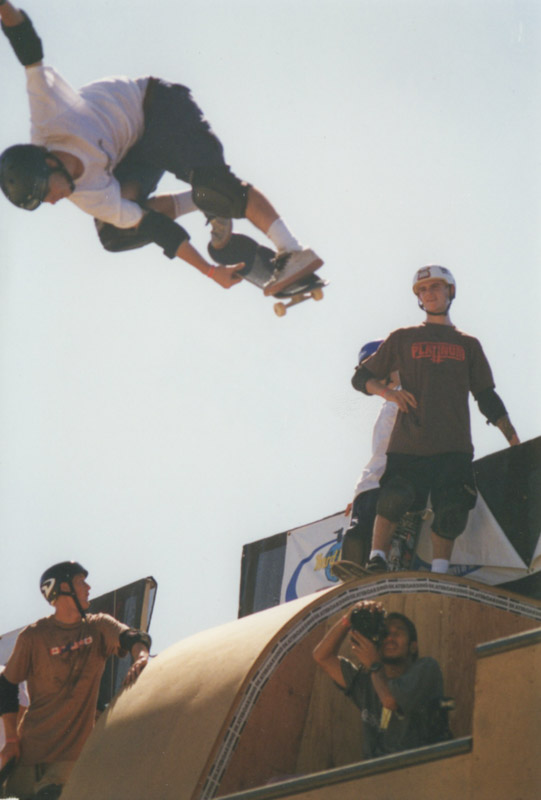