Aaron Kai brought his signatures waves with him from Hawaii’s Big Island to Los Angeles for his first solo art exhibition, hosted by The Hundreds and FreeBread Intl. Kai was able to give back “something to the streets” and presented over 15 new pieces, featuring his iconic, colorful waves. There were prints and a finite amount of his own personal merchandise for sale. Free Bread corresponded with the showcase by releasing a limited-edition, purp and yellow Lakers-inspired version of their signature tee. Proceeds of the T-shirt sales went to Waterbomb—a non-profit that helps produce pop-up events (such as Aaron’s show) and also funds the construction of wells in developing countries. If you weren’t lucky enough to make it, you can peek a recap of the show below. 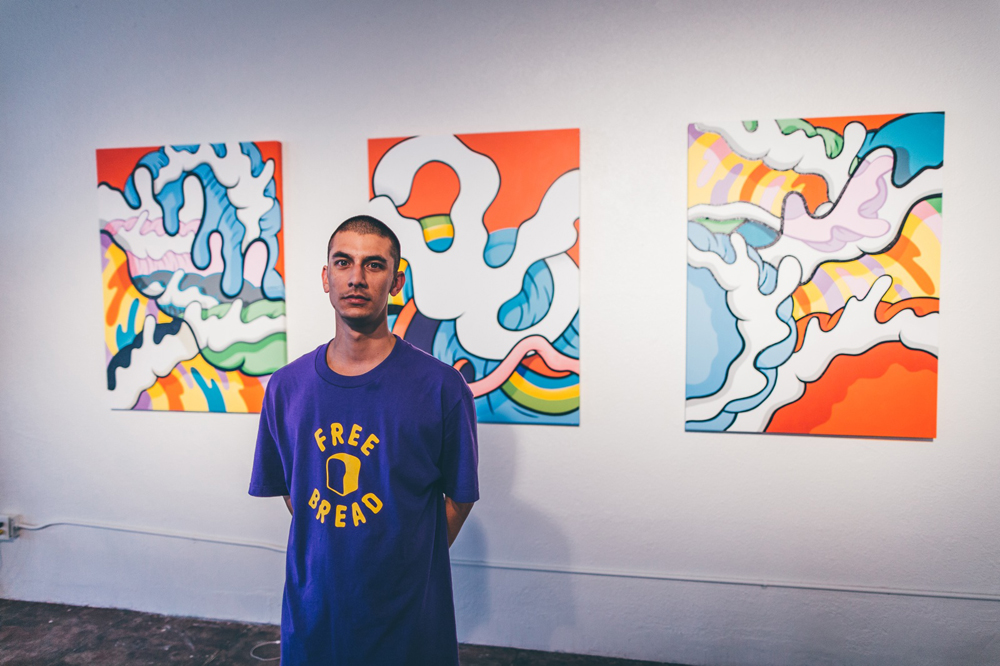 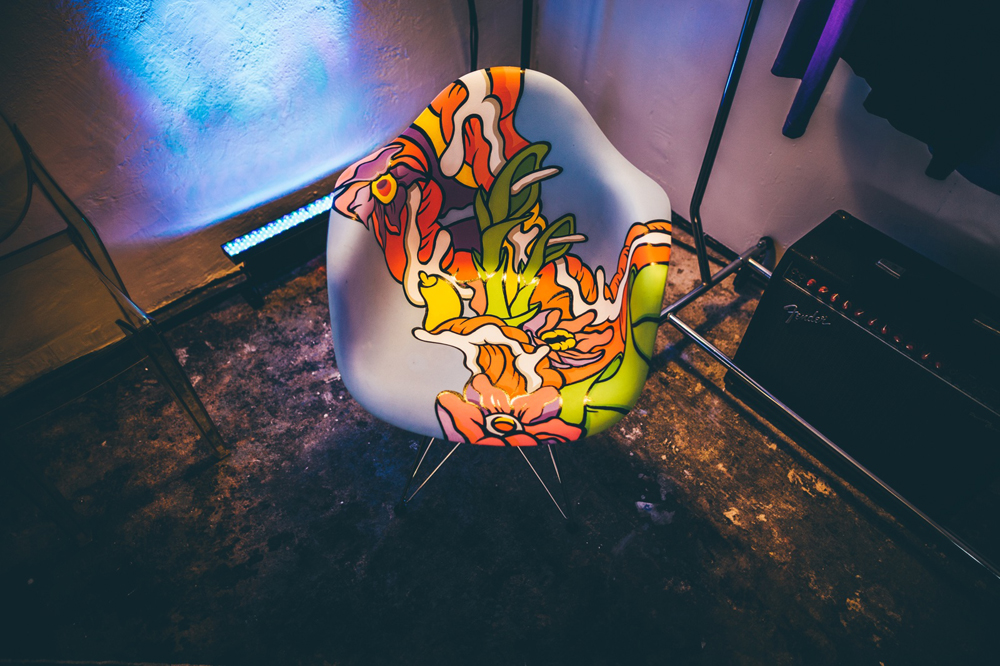 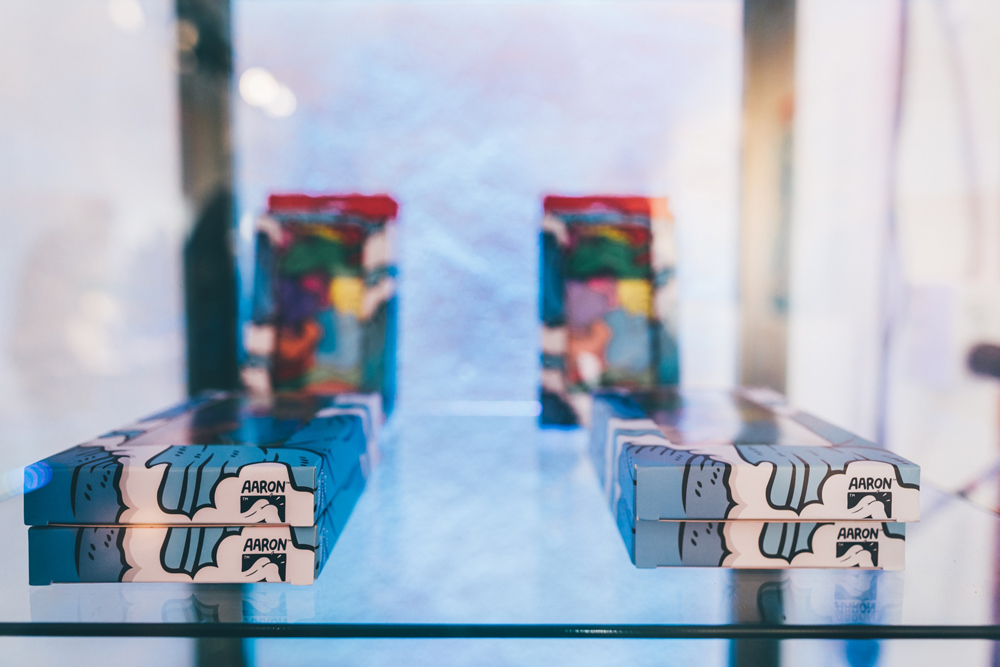