Sometimes we collectively forget that Big Sean is one of the most consistent artists within hip-hop at the moment. And at his sold out appearance at the Palladium, he made sure to remind us that the time he’s spent on Kanye West-run G.O.O.D. Music has been nothing but him knocking it out of the park.

Starting the show off was the ballistic up-comer Mick Jenkins, opening up the night with gems from his recent summer EP, Waves. The Chicago native wowed the Hollywood crowd with his high energy performance at one of the definitive nights thrown by Red Bull Sound Select Presents: 30 Days in LA festival. 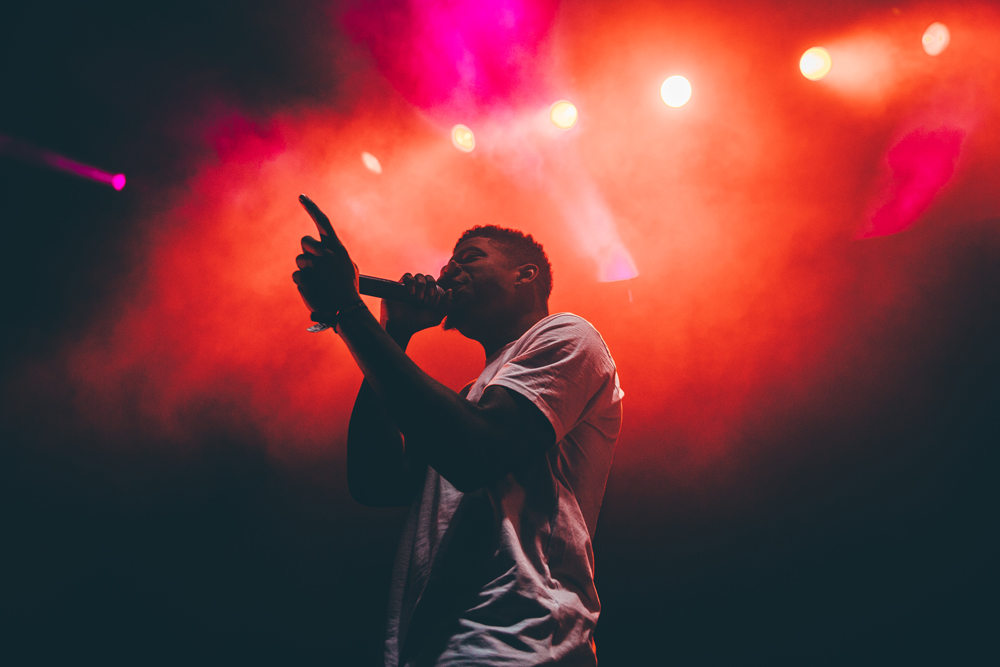 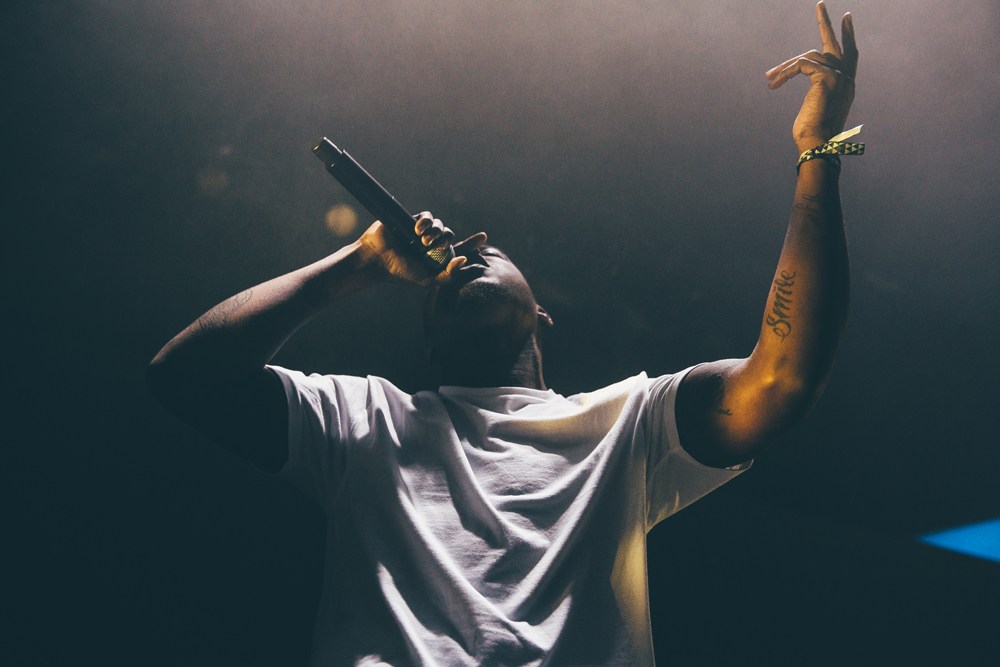 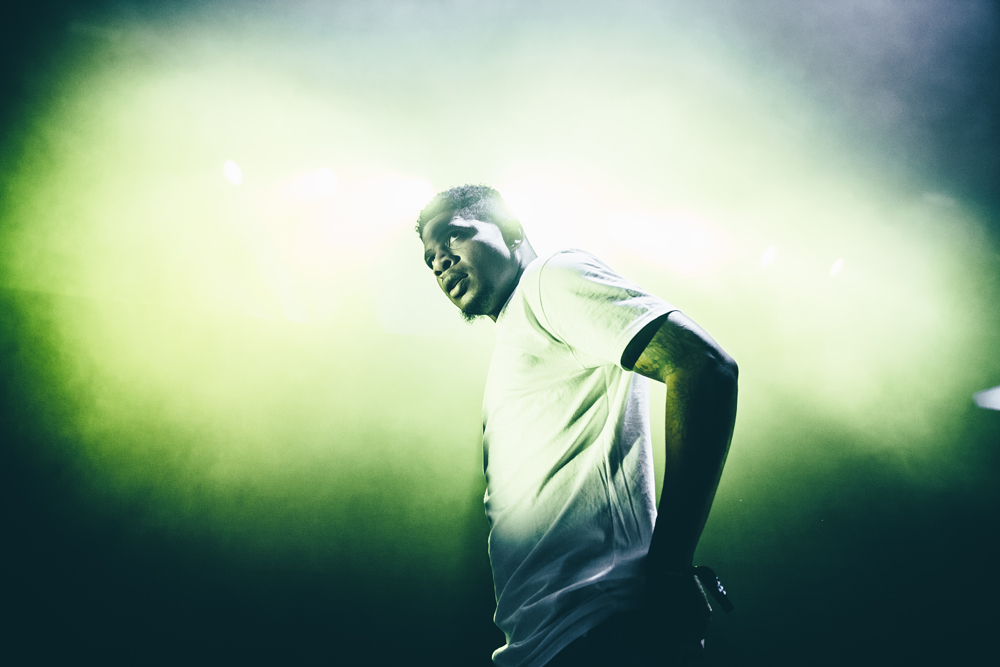 By the time Detroit’s finest stepped to the stage, the over 1000+ in attendance were ready for the highly anticipated, well-curated undertaking. Coming out in a midst of smoke with the hard hitting “Paradise” blaring out of the speakers, Big Sean grabbed the attention of everyone in the room with a huge Donda-like visionboard behind him. He made sure to enlighten the crowd on his growth as a artist, going through his impressive discography mainly to remind them why his wordplay and regional cadence has been xeroxed and replicated by some of the biggest names in hip-hop. 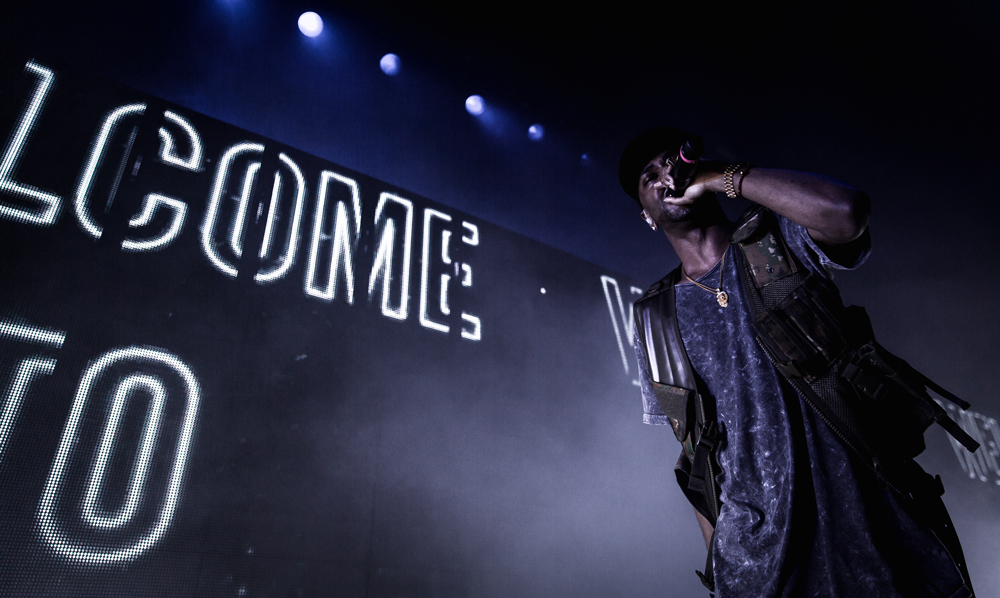 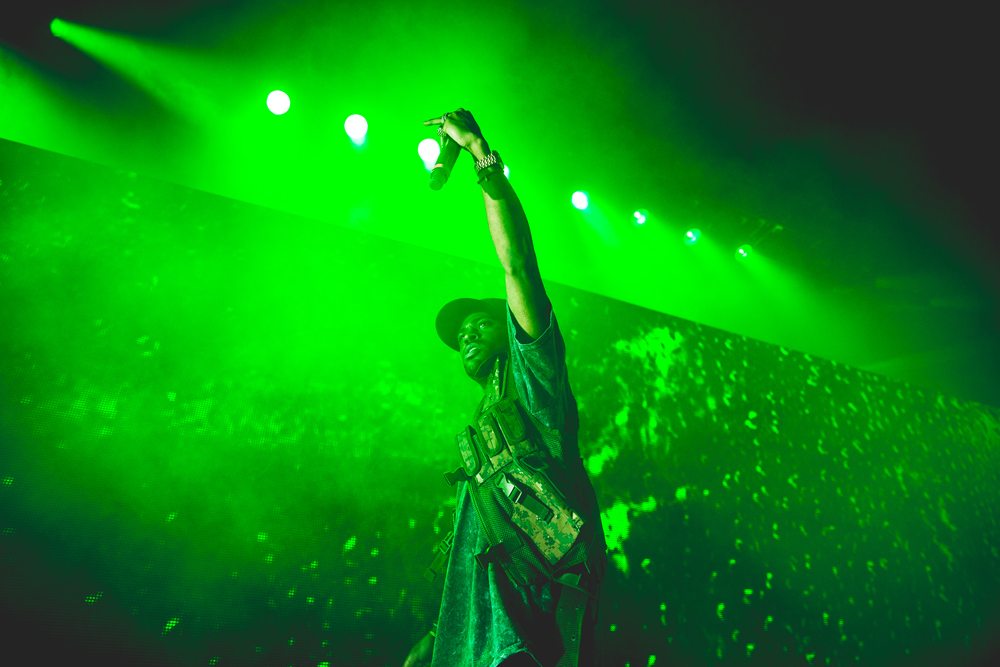 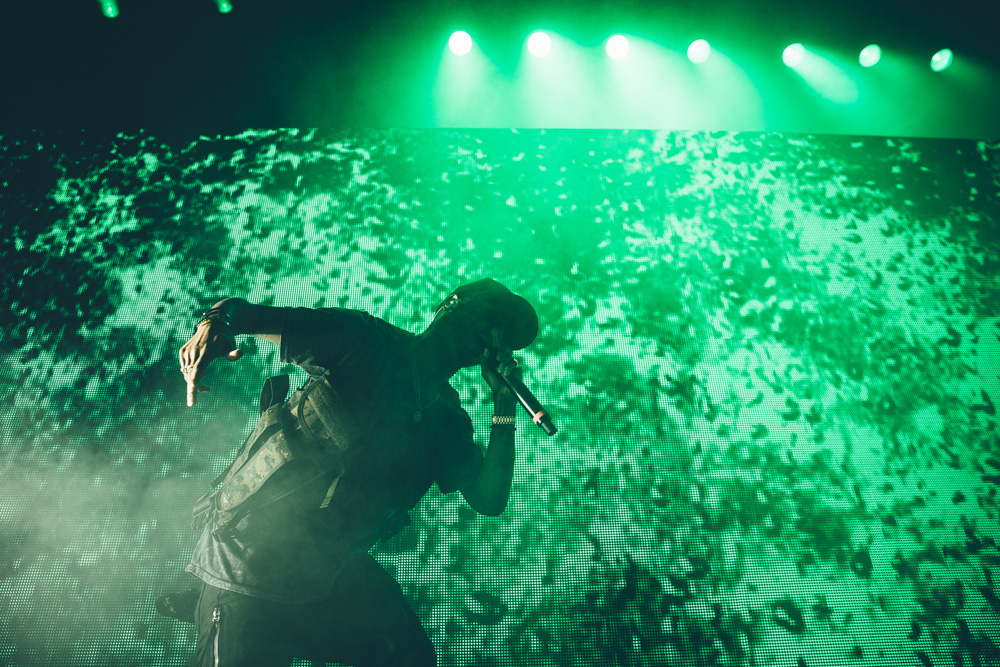 It should be noted that Sean is, without a doubt, one of the biggest rap stars that we’ve seen thus far to perform without a backing track playing, showcasing the rapper’s dedication to the presentation of his art. His stripped-down-to-the-bone minimalism is well received by fans who are more interested in being able to hear a high profile rapper enunciate their way through the night instead of the per usual slurred events that’s become the norm.

While DJ Mo Beatz—the tour DJ who was one of the first names in Detroit to play the young artist’s music—ripped through a medley of hits from the last 7 years they’ve spent together in the game (with jams like “Dance” to “Detroit vs. Everybody”), it was the hidden backing band masked by the smokescreen covered platform that really stole the show; their energetic chemistry with the Good Music artist was nothing short of eclectic. Local rising R&B songstress, Jhene Aiko, made a guest appearance as well when she came out to sing along to their well received banger, “I Know,” off the Billboard #1 album Dark Sky Paradise. 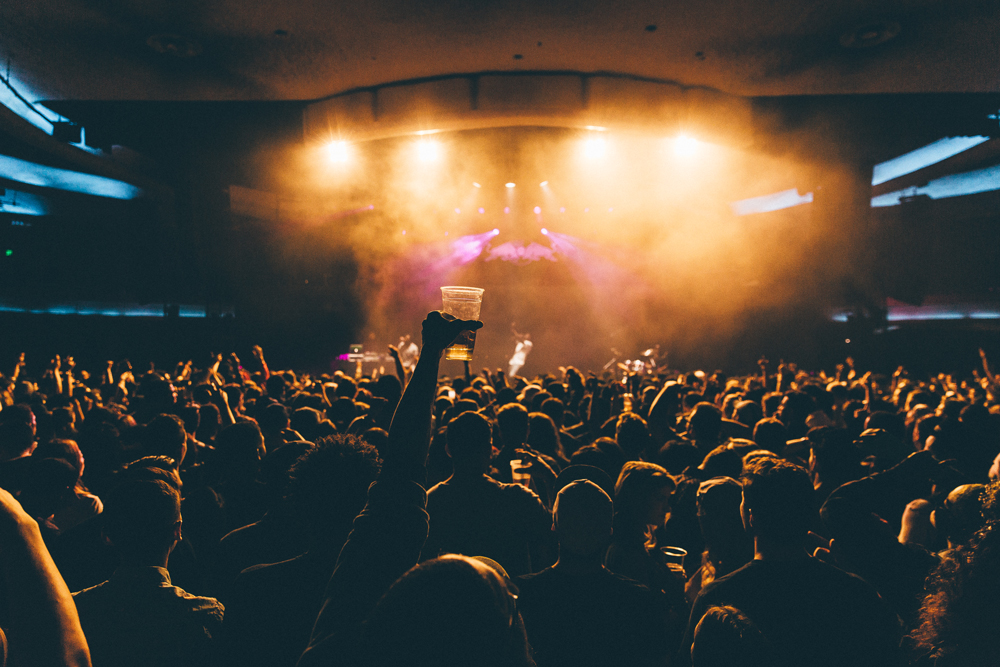 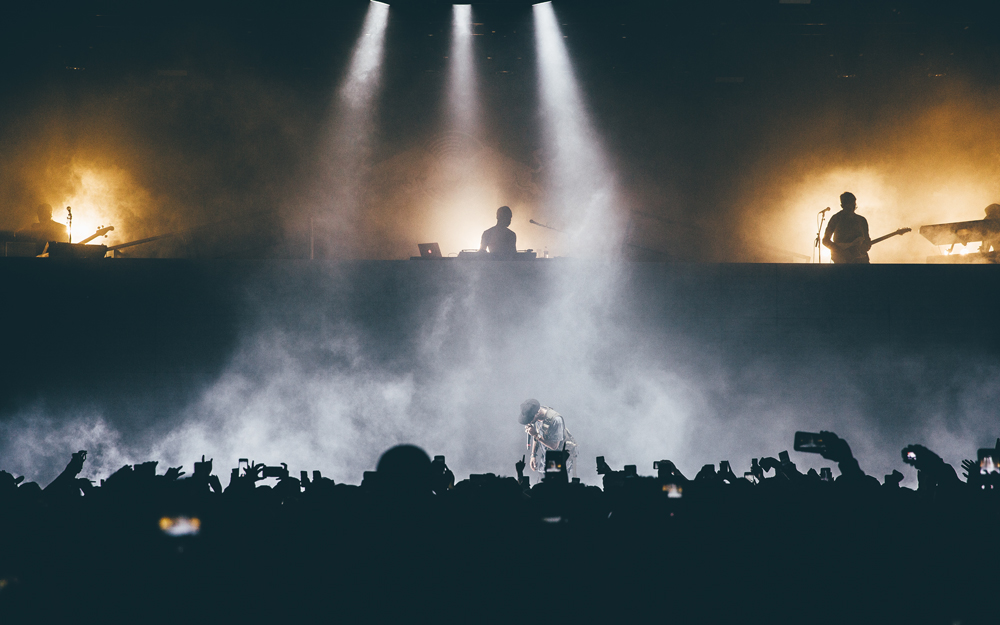 In the middle of his set, Big Sean surprised the Palladium with two new tracks from his untitled new release, produced by Mike Will Made It and Metro Boomin respectively, with a hot feature by Southern star Future. The pinnacle of the night would be the touching moment when Big Sean performed “One Man Can Change the World,” his emotional ode to his recently passed WWII veteran grandmother, Mildred V. Leonard, who raised him. He took this time to stress to the crowd how long it took him to get to this place in life and that, without his strong belief in his dreams, it would never have taken place. Ending the night with the breakup anthem “IDFWU” made everyone forget that 90 minutes had just went by with Detroit’s favorite son. 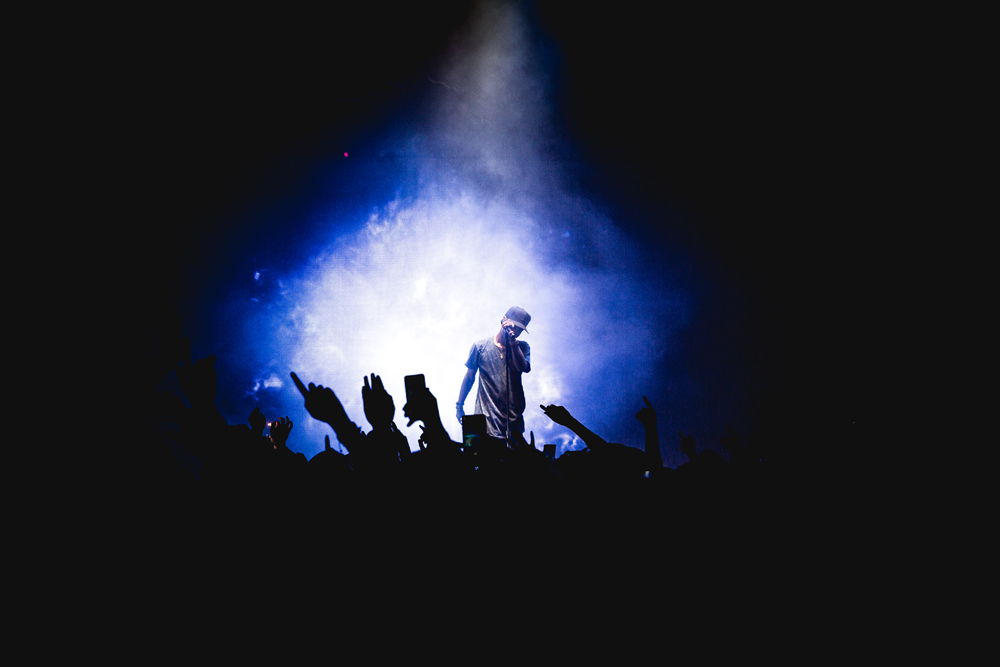