With 2015 coming to an end, it is even more important that we all remember that we are all human beings. Many events shook the world, and it’s hard to narrow it down to just ten. But, there are a few that stuck out and struck a cord. Take a trip down memory lane, and see if any of my ten had a similar impact on your world.

Volkswagen admitted to systematically cheating emissions test and while only 0.5 percent of their brand’s total production was the cause, the damage was done. This multi-billion dollar corporation faces nearly 2 billion in fines, and their reputation has been severely damaged. The cars that were affected were the TDI diesel engines, and if you ever met a TDI drive than you know that their gas efficiency will always come up during a conversation. Volkswagen cheated their fanboys, and the backlash is going to be much worse. These are unpaid brand ambassadors that will sully the Volkswagen name decades after they migrated to Honda and Toyota. 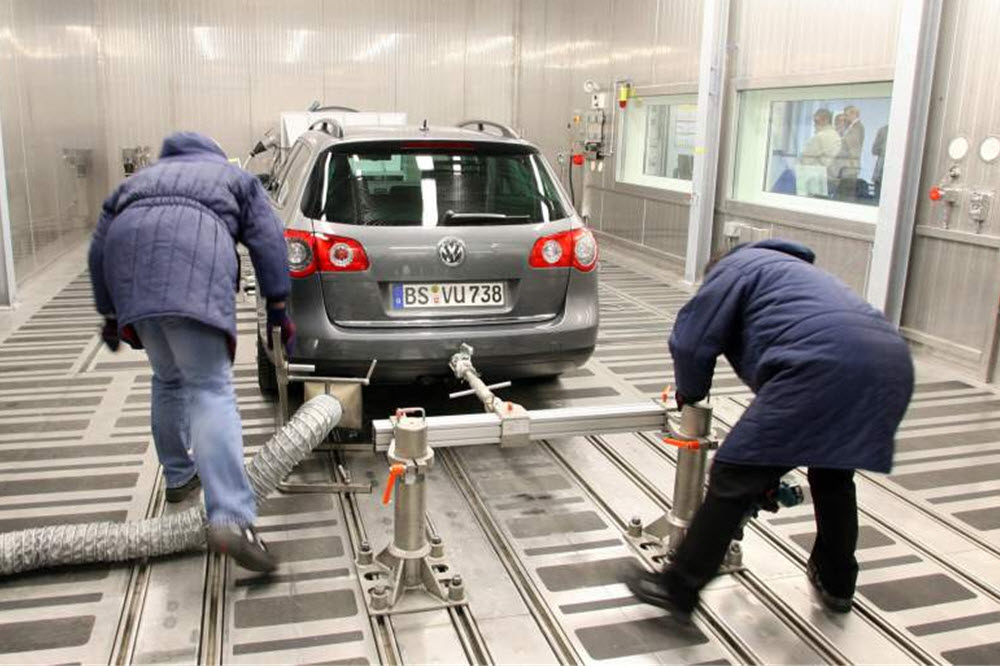 Greece Tells the EU to Fuck Off

The Greek economy has been in shambles for a long time now, and this year shit finally hit the fan. Prime Minister Tsipras worked tirelessly to strike a deal to restructure loans, promise reform, and agreeing to further austerity. However, the people of Greece spoke in July and an overwhelming 61 percent voted against the offer from the EU. However, a week later Tsipras blinked, accepted the EU offer, and the can is kicked down the road. But, for one week the voice of the people was crystal clear: No to the EU. 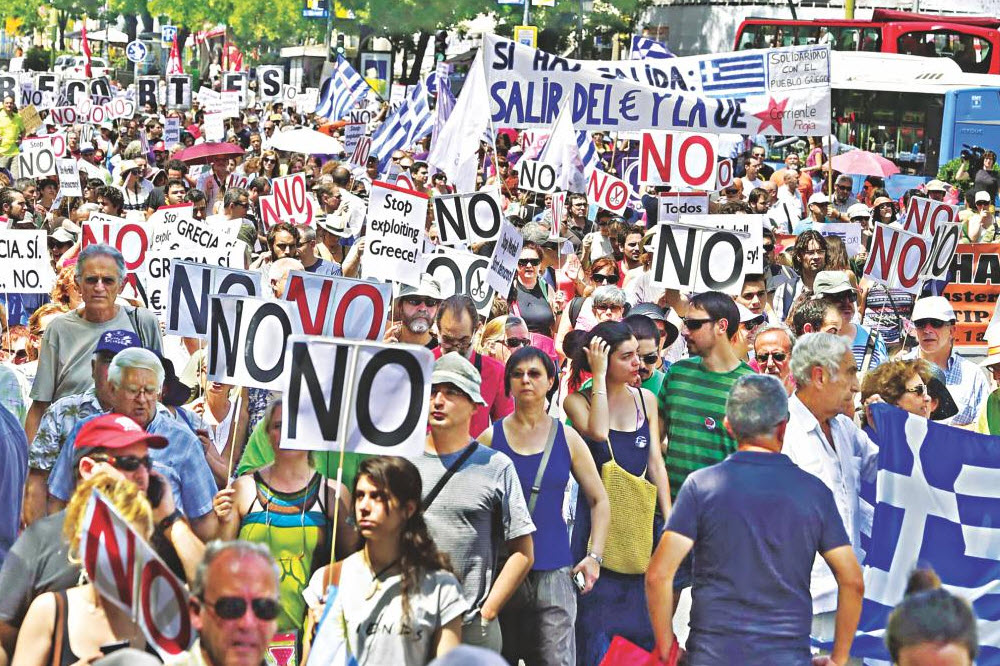 Remember those drama geeks that would go HAM when the renaissance faire came around? Well, a handful of them got into Yale and they managed to open a can of PC whoop-ass on a Professor. A respectable sociology professor wrote an email that rubbed some sensitive sissies the wrong way. He asked his residence hall to allow cultural costumes that may come off as offensive to open up an opportunity for dialogue. This apparently got the student body crazy, and they were asking for his resignation. Crybabies will cry, and the students took it to the regents and eventually the professor left. Being politically corrected has really gotten out of hand, and this is an example of how being tolerance has turned to regression. When even the most innocuous email can be considered offensive, then eventually everything becomes offensive. Yale takes a big “L” on this one. 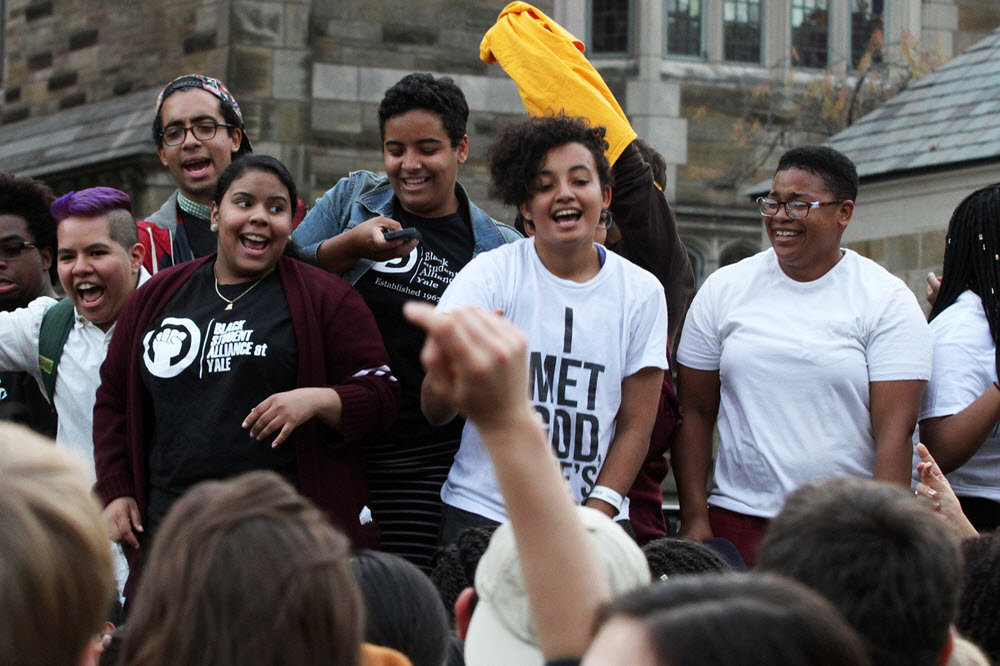 Besides making a kick-ass electric car, Elon Musk dabbles in space travel and solar energy. Earlier in December, Musk and his SpaceX successfully landed their Falcon 9 after it launched 11 new satellites into orbit. What makes this significant to anything NASA is doing is that SpaceX opens up plans to deliver cargo into space by rocket, and safely returning to earth. In the past, the rocket would crash land in the sea after a launch, but by reusing these first stage boosters, SpaceX is conserving cost, and save time. 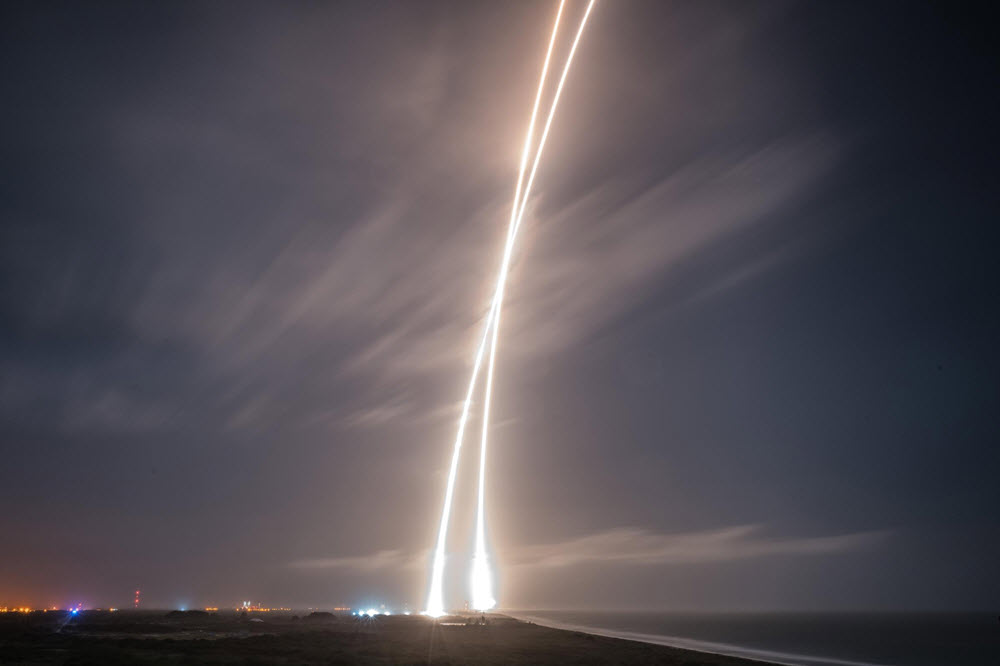 The death of this majestic lion galvanized animal lovers all of the world. It took an egomaniacal dentist from the Midwest and shady poacher in Africa for everyone to realize how important it was to protect the rights of animals. The silver lining to the death of this alpha predator is that millions in funds have been raised. The death of Cecil ensured the safety of his children, grandchildren, and many other lions to come. 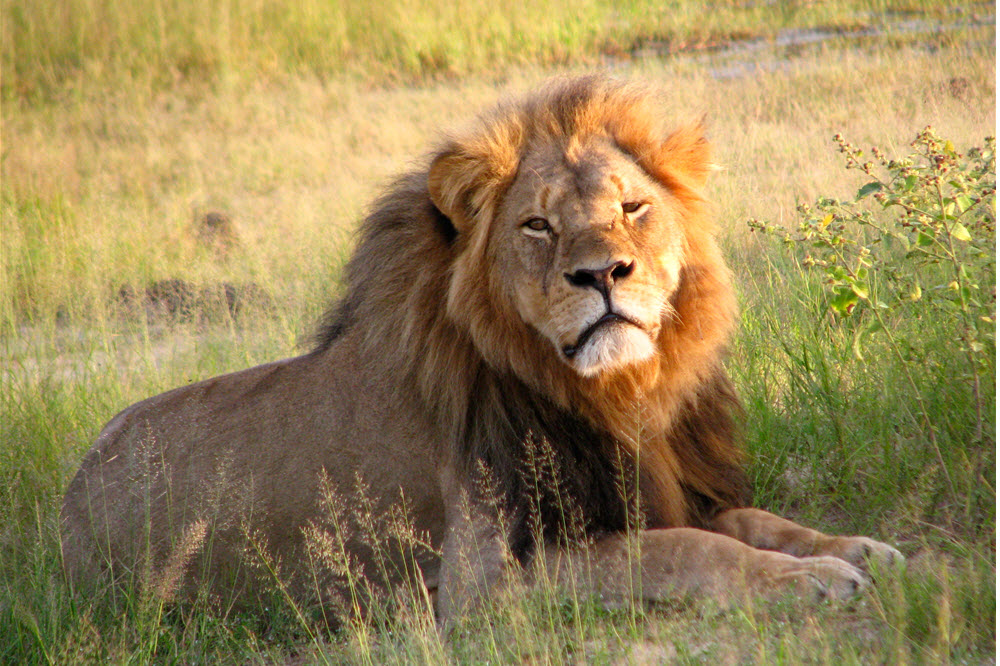 We can all agree that things have turned to utter shit in Syria. There are four world-class motherfuckers vying for control, each backed by a properly nefarious ulterior motive. This means that a lot of people want to get the fuck out. Whether religion is a factor or not shouldn’t matter. Children are dying, businesses are being burned, historical landmarks are bombed, and families are being fired at. Europe has taken the bulk of the refugees and countries like Germany and Canada stand out as heroes of this storm of death, but my concern is with the callous governors, senators, and congressmen that are denying these families. This is an affront to humanity, and should be a blemish on our souls. Syria needs help, and as Americans, we should be on the right side of humanity and welcome them with open arms. 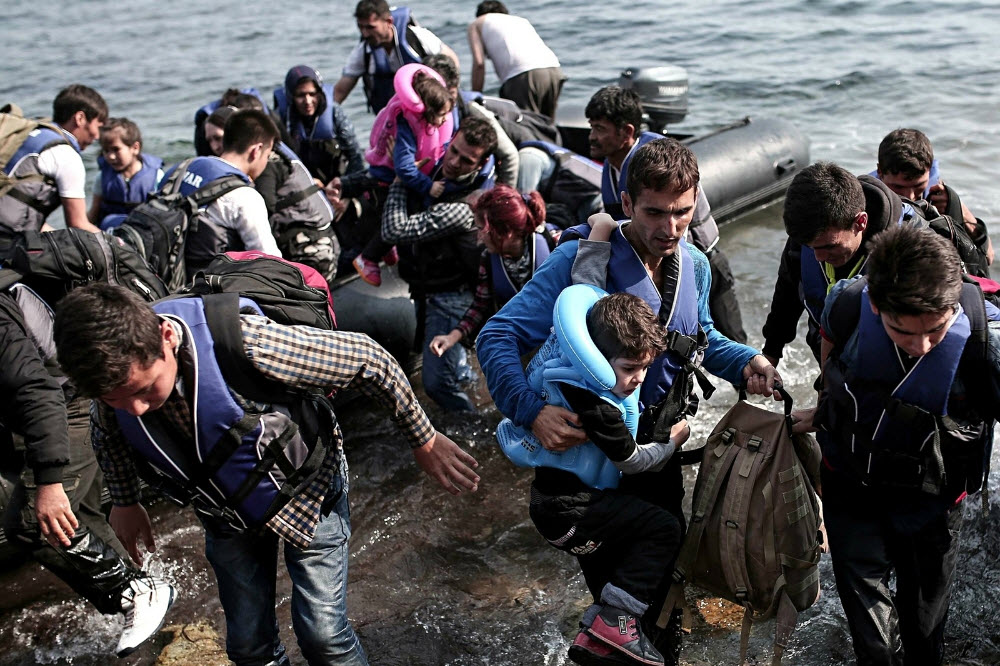 ISIS, ISIL, and Boko Haram have outraged the entire world many times this year. From Paris to San Bernardino, it has become apparent that this form of Islam preaches hate, and it is time to re-classify them. Daesh is a shameful term reserved for extremist and comes with many negative undertones. Daesh sounds similar to the Arabic words Daes (“one who crushes something underfoot”) and Dahes (“one who sows discord”). ISIS hates the term so much that they have publicly stated that they will cut the tongue of anyone who uses the term. But—the term is fitting because ISIS, ISIL, and Boko Haram promotes a religious agenda that places innocent lives in danger, and these actions sow discord across society. 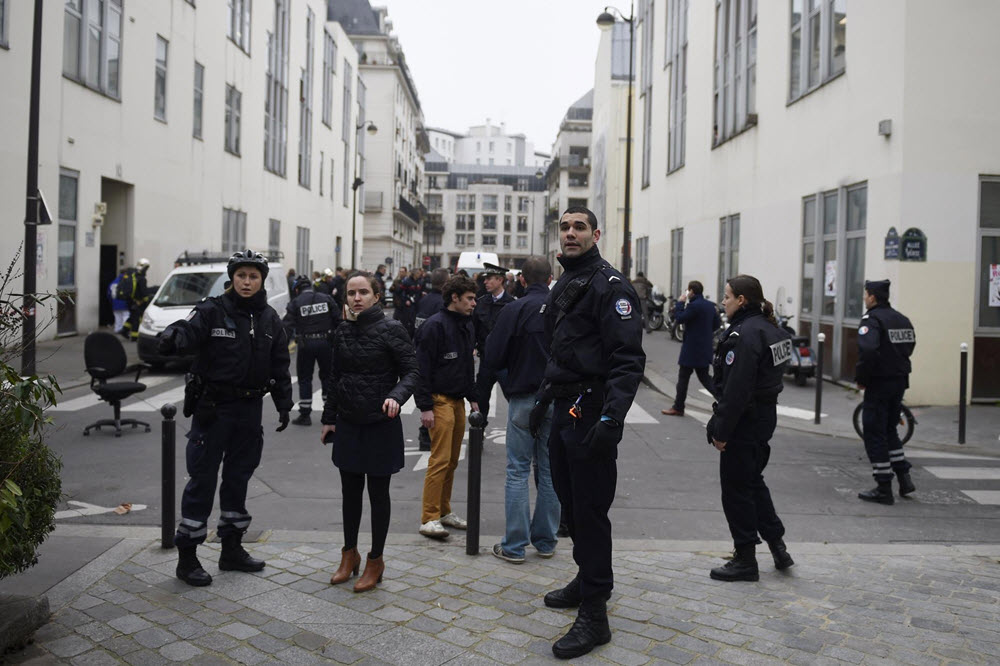 Police fatally shot 1,000 people this year, and it’s hard to pin down which event was more egregious. Was it when Chicago police officers deleted video evidence of one of their own executing a man walking away? Or maybe it was when two Louisiana officers killed an autistic 6 year old boy over a personal dispute? Or maybe the dozens of shooting of unarmed men and women. Police continue to get away with murder, and the amount police take in civil forfeitures are higher than armed robbery statistics. 2015 proved that it is time that we need to police the police. 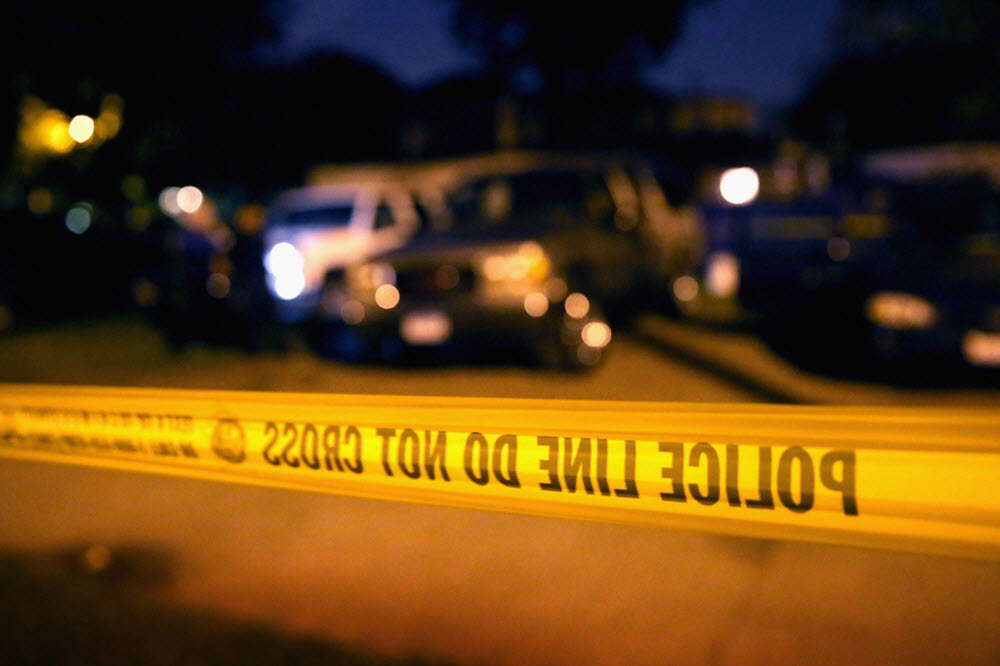 Earth is heating up and we need to do something. It’s stupid that we have governors, senators, and congressman in the US arguing about what the rest of the world accepts as fact. Don’t you get it? People are laughing at the US when we have an asshat senator debating the merits of global warming. Thankfully, this past November served up some legitimate change. After two weeks of intense talks 195 countries adopted some necessary changes. There are still a lot of things that are unclear, and left for future discussion, but it’s a kick-ass start. 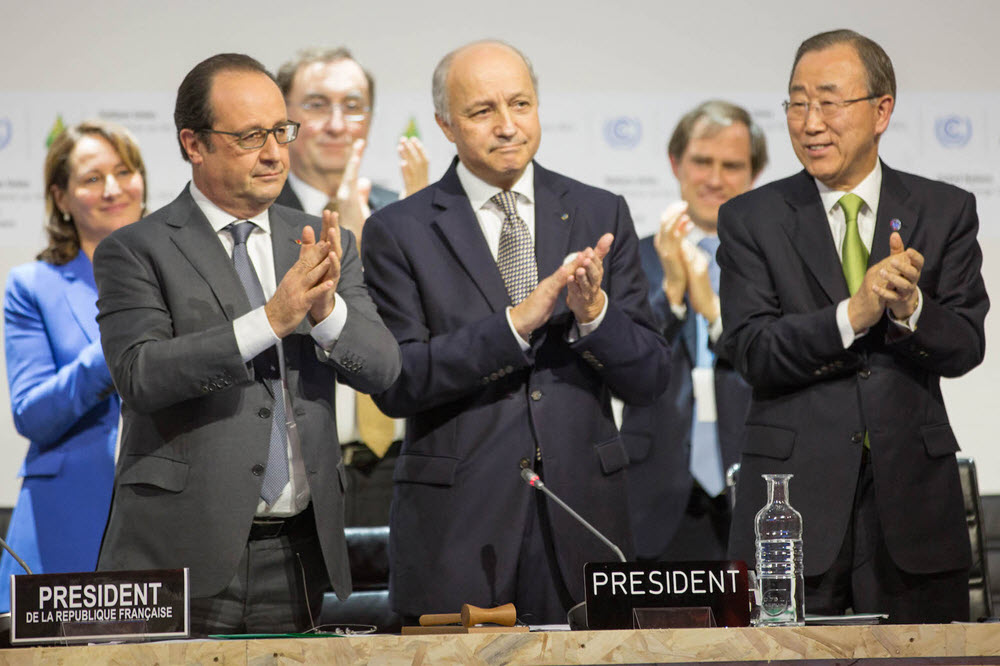 Take a good look at the opinions of Hillary Clinton and compare them to those of the republican god, Ronald Reagan, and you’ll find that the leading Democrat for the presidential nomination is very much aligned with right wing ideology. The fact is that our rights have slowly been eroded, and this election is about human rights versus corporate rights. Bernie Sanders is for the people. With over 2 million individual donors to his campaign Sanders has already re-writing donor history. Look at Sanders’s voting history, and there is without a doubt he has been on the side of the people. He marched with MLK, was one of first in line to stand up for gay rights, and always wanted more oversight for Wall Street. He did all of this before it was “cool.” Bernie Sanders needs to be the next President, because he is “our” President. 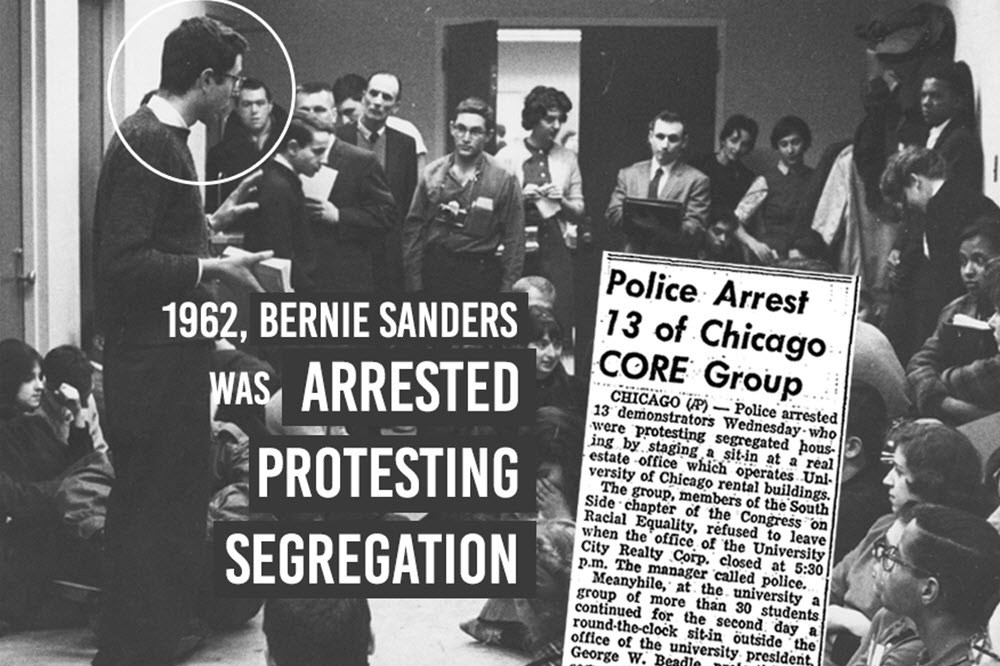